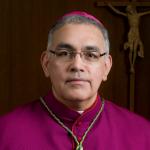 Bishop of the Diocese of Austin, Texas

"I am proud to join my brother bishops and Catholic sisters and brothers in signing this pledge to work for an end to the death penalty in our country. Our faith compels us to speak out on the sacredness of human life, even the lives of those who have committed serious crimes in our society." 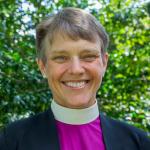 "I believe that all human life is sacred and there is no compelling evidence that the death penalty deters violent crime. Too many innocent people have been put to death by the State." 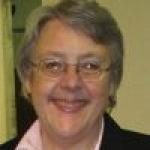 "As the sister of a murder victim, I am fully aware of the pain and hurt that violent death causes for the survivors. As a Christian, I know that inflicting death on another is not the way to break the cycle of pain, but instead extends it." 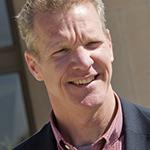 "Why stand against the death penalty? The Church—and this matter and others—calls us to new life." 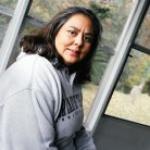 "My brother, Louis Castro Perez, was wrongfully convicted for a triple homicide nearly 20 years ago. We continue to have love, faith, hope, mercy, and compassion for not only Louis, but for all men and women across the world who are on death row." 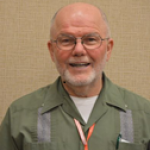 Chair of Leadership of Association of U.S. Catholic Priests

“We signed the pledge against the death penalty because executions are an attack on the dignity of human persons, they risk the killing of innocent persons, and they discredit our claim of being a civilized and humane society. Pope Francis and the U.S. bishops have called for abolition of the death penalty and we stand with them.” 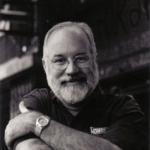 Founder of Homeboy Industries in Los Angeles, CA and bestselling author of "Tattoos on the Heart"

"Homeboy Industries stands against the death penalty and always for the principle that every human being is a whole lot more than the worst thing they've ever done." 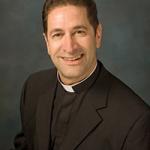 President, Jesuit Conference of Canada and the United States

"While speaking to Congress during his visit to the United States, Pope Francis reminded us all that ‘a just and necessary punishment must never exclude the dimension of hope and the goal of rehabilitation.’ I stand with our Holy Father in opposing the death penalty, which condemns hope and denies the possibility of change." 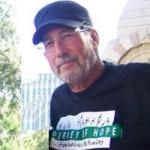 "As a murder victim's family member, I know now that the death penalty does not heal the wounds of our loss. My wife loved life, let that be her legacy." 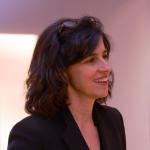 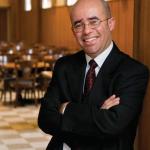 "The idea of taking someone’s life as a form of punishment, or to achieve any other end, defies the most fundamental tenets of Christianity as well as those of a civilized society. All human life is sacred. The death penalty deprives us of the opportunity to practice mercy, witness the miracle of conversion, and love with God’s love." 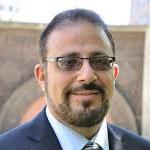 Muslim Chaplain at Georgetown University and President of Clergy Beyond Borders

"The Islamic vision of justice is premised on mercy and compassion, and the absolute sanctity of human life. Regardless of the moral achievements and failures of the past, the burden is always on Muslims to strive continuously towards a greater fulfillment and attainment of the Divine charge, and to achieve new levels of magnanimity and sanctification of human life. It is exactly the magnanimity and sanctimony of human life that perhaps today calls upon us, Muslims, to reconsider the morality of the killing state." 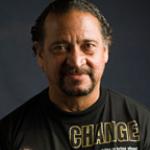 "As an innocent man who endured nearly two decades of torturous conditions on death row and lost many good friends to execution, I understand firsthand, the cruelty, inhumanity and futility of the death penalty and the need to abolish it throughout the entire world. I am delighted to sign the national pledge and answer Pope Francis’s call to action to end the death penalty. The pledge is a great way to energize and unite people of faith and goodwill to help educate the public and policymakers and bring an end to the death penalty in the United States." 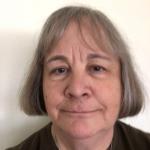 "Our Catholic faith calls each of us to act for the Common Good. That means saying NO to a mentality of vengeance and retribution, and saying YES to mercy, knowing this is the very nature of the God we profess to love." 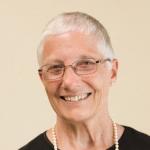 "A deep belief in the sacredness of every human life; our enduring capacity for conversion; and the urgency of creating a nonviolent world are at the heart of my opposition to the death penalty. Our society urgently needs reconciliation and healing, justice that is restorative, and a recognition of the structural violence and systemic injustice so often at the root of our troubles." 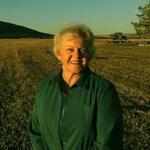 "As a Catholic woman whose little daughter's life was taken by a serial child killer, I came to realize that the kidnapper's life was just as precious as my Susie's. That might seem like a big stretch for others, but that's the kind of God in whom I believe -- a God who is crazy in love with ALL of us, no matter who we are and what we've ever done, including all the inmates I visit every week, doing time for many murders, here in Florida." 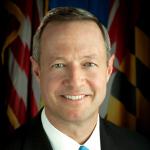 "Our nation was founded not on fear and retribution. It was born from higher things: freedom, justice, human dignity, and equal rights before the law. And so we must ask ourselves: Are these principles compatible with the "civil" taking of human life? Are these principles compatible with the very real risk of erroneously taking the life of an innocent neighbor? Can we credibly accept any criminal justice plan that does not commit to ending the death penalty for good? I believe the answer is clearly no. It is time that we, as a nation, abolish the death penalty for good." 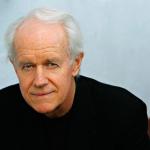 "I oppose the death penalty because it arrogates to the state the right to violate that most fundamental of human rights, the right to life. No human being is only the worst thing she or he has ever done. If we deem a human person disposable, we as a society lower ourselves to the level of the least among us at his or her worst moment." 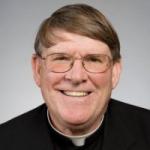 President and CEO, Catholic Charities of the Archdiocese of Washington, Inc.

"The Church believes and I believe life begins at conception and ends with natural death. The death penalty allows human beings to step in where only God belongs. While individuals may deserve a life sentence, our faith and our Church want to protect life at all costs: in the womb, through our later years and on death row. I strongly support this effort and hope others will join in as well." 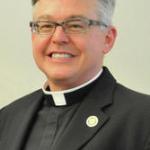 "It is always difficult to speak about the death penalty. The crimes that lead to a sentence of death are almost always vicious, heinous and heartbreaking. In every case, grave injustices have been perpetrated and victims and their families have suffered greatly. Opposition to the death penalty in no way lessons one’s awareness of the evil that some are capable of committing. It does say that there is a better way. Death should never be seen as a solution to our problems; and it is not the solution to violent crime." 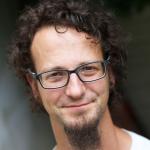 Founding partner of The Simple Way community and bestselling author of "Executing Grace: Why It is Time to Put the Death Penalty to Death."

"Violence is the disease, not the cure. Killing is the problem, not the solution. We do not rape people who rape, nor should we kill those who kill. When we execute, we legitimate the very violence we are trying to rid the world of. As a Christian, I believe in grace. I believe Jesus came to heal the sick. Much of the Bible was written by murderers who were given a second chance. Moses. David. Saul. The Bible would be much shorter without grace. It is time for Christians to be pro-life and stand against the death penalty." 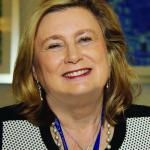 President of the National Council of Catholic Women

"The National Council of Catholic Women passed a resolution in 2011 upholding Church teaching that every human life has dignity. A death sentence denies this sacredness of all life and promotes a “culture of violence.” NCCW is committed to educating members using the information promulgated by the U.S. Bishops and Catholic Mobilizing Network, working to end the use of the death penalty and supporting programs that assist victims and their families." 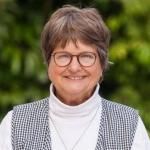 Author and National Advocate Against the Death Penalty

"No government is ever innocent enough or wise enough or just enough to lay claim to so absolute a power as death." 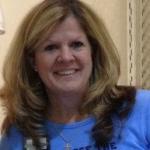 "I am signing this because I know that the death penalty does more harm than good. The death penalty delays the healing process necessary for the loved ones of the victim and creates more victims in the loved ones of the condemned, as well as those instructed to carry out this premeditated act of murder. Jesus said “whatever you do to the least of my brothers, you do to me” (Matthew 25:40) The 5th commandment - Thou shall not kill-came with no footnotes or exceptions. 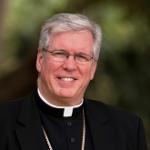 Bishop of the Diocese of Diocese of Venice, Florida; Chairman, United States Conference of Catholic Bishops Committee on Domestic Justice and Human Development

“I have signed the Pledge. Catholics and all like-minded individuals need to sign it; it is a pledge that will go about urging people to educate, advocate, and pray for an end to capital punishment. This pledge will provide an encouragement to parish priests to begin to talk more about the death penalty, not just saying the same thing every time, but to really bring it into the discussion.  It is a matter of life, so they need to be talking about it,” 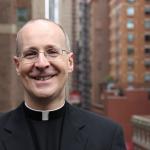 Culture Editor of America magazine, and Author of numerous books

"I am against the death penalty, the most serious affront to an adult life." 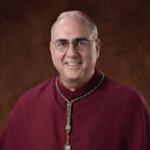 "By resorting to violent punishment, when it is not necessary to protect innocent lives, the death penalty corrupts civil society. We need to surround the victims of violent crimes with love and compassionate support. The execution of those accused of perpetrating heinous crimes does not help victims, nor does it contribute to building a culture of life." 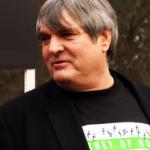