After Losing Our Daughter to Murder, We Discovered a Clearer Vision of What it Means to Be Christians

When my wife of 50 years, Vicki, and I lost our daughter, Shannon, to murder at the hand of a serial rapist on May 7, 1998, the port in the storm of our anguish where we found refuge was our Christian heritage.

We both had been educated in Catholic grade and high schools and graduated from Catholic colleges. Neither of us understood how deeply the seeds of our faith had rooted until we were confronted by Shannon’s death.

Among the gifts of Christ’s Sermon on the Mount was the Lord’s Prayer with its instruction that we can ask for forgiveness for our trespasses “as we forgive those who trespass against us.”

This directive took on a much deeper meaning in the initial phases of us responding to Shannon’s death than it ever held in the thousands of times we had recited the Lord’s Prayer previously. At first, it seemed a formidable challenge; ultimately it proved a life-saving refuge.

By surrendering our anger and hatred, we came to find we could still live productive, fulfilling lives with hope for and love of those around us.

In our personal journey, we found ourselves in the anomalous position of having to fight back against prosecutors who wanted to put Shannon’s assailant to death for her murder. We opposed doing so because it conflicted directly with our understanding of Christ’s directives and his own example of refusing to condone an execution.

In our journey, we also discovered that many Christian institutions, including in some rare instances the Catholic Church at the time, condoned executions.

But steadily, Pope John Paul II narrowed the circumstances under which capital punishment was acceptable, Pope Benedict XVI called for its abolition, and in 2018, Pope Francis declared it was unacceptable under any circumstances with a revision to the Catechism of the Catholic Church. The catechism now says capital punishment is “inadmissible because it is an attack on the inviolability and dignity of the person.”

Vicki and I have become public advocates for dismantling the machinery of death used in executions across the United States.

In doing so, we have met a number of survivors of other murder victims who have taken the other path. We have seen the human toll the long pursuit of putting another person to death takes on those caught in that marathon of anger, and have learned why wrath is considered a deadly sin.

We have come to understand that Christ’s admonition for us to forgive was not for the benefit to the one who trespassed against us, but for our own peace of mind knowing that we had not been party to the killing of a fellow human being. 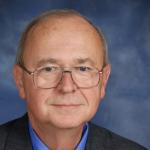 Syl Schieber served on the U.S. Social Security Advisory Board from 1998 through 2009. He was appointed Chairman by President George W. Bush on October 1, 2006 and served in that role until departing the Board. Syl and his wife, Vicki, lost their daughter, Shannon, to murder in 1998. In the decades since, they have become vocal opponents of capital punishment.