I’m a criminal defense lawyer. I don’t do restorative justice.

But given the trajectory of my career, it’s probably more accurate to say that I don’t do restorative justice yet.

I started my career as a trial public defender. I worked to get criminal charges dismissed, to secure favorable plea deals, to win trial acquittals. In that world, justice was overwhelmingly crisis-driven: a release from jail, the return of seized property, access to a program.

I transitioned to capital defense work. There, I worked to understand and explain the personal and social circumstances underlying violent crimes, to expose and challenge profound government abuse, and to highlight the fundamental unfairness of capital punishment. Because my work invariably uncovered life histories of extraordinary trauma, abuse, and neglect, questions of accountability, responsibility, and equity loomed large.

But with lives literally on the line, justice remained client-centered and took the form of vacated convictions and death sentences.

I joined the NAACP Legal Defense & Educational Fund, Inc. (LDF) to challenge the structures that contributed to the persistent and entrenched racial bias in the administration of criminal justice. And while at LDF, I represented Duane Buck, a man who was condemned to death in Texas after his own trial lawyer presented “expert” testimony that Mr. Buck was more likely to be dangerous in the future because he is Black.

Because in this country, no one can be sentenced to death – or executed – based on their race, it should have been easy to correct this obvious error with just the constitution and common sense. But we lost appeal after appeal anyway.

Along the way, we built a relationship with one of Mr. Buck’s surviving victims. We encouraged and facilitated her reconciliation with Mr. Buck. And we hired a defense-initiated victim outreach specialist to try and build a bridge between ourselves and the other victims' family members.

We received the support of one of Mr. Buck’s trial prosecutors.

We worked closely with community organizers. We listened to and learned from the community from which Mr. Buck’s case derived and we came to understand the tragic pervasiveness of the racist fallacy upon which his death sentence stood.

"[Duane] Buck's case is ultimately as much about his life and his humanity as it is about the life and humanity of each member of our community who allows, or refuses to allow, the injustice in his case to go unchecked. Thus, to save Mr. Buck, and to save ourselves, we must speak out with boldness and urgency as God did, when He answered the Prophet Habbakuk's prayer for justice (Habakkuk 2:1-4)."

And in the end, the Supreme Court vacated Mr. Buck’s death sentence and we achieved justice: we saved Mr. Buck’s life, we secured a clear and unequivocal condemnation of the role of race in the administration of the criminal justice, and we gave other prisoners an opportunity for relief.

But we did more than that – we embraced a conception of justice that extended beyond just the most immediate needs of our client to include the community and, to the extent we could, the victims. And it was transformative.

So, I don’t do restorative justice.

But I now see and understand the benefit of offender, victim, community reconciliation and repair. And, as the leader of an appellate defender office, I now have the opportunity – and the imperative – to work to integrate true restorative justice into my practice. 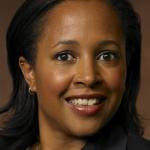 Christina A. Swarns is a nationally respected lawyer and criminal justice advocate, serving the Office of the Appellate Defender (OAD) as its third Attorney-In-Charge. She worked for 14 years at the NAACP Legal Defense & Educational Fund, Inc. (LDF) and served for the last three years as its Litigation Director.

In the 2016-2017 Term of the United States Supreme Court, Ms. Swarns argued, and won, Buck v. Davis, a Texas death penalty case challenging the introduction of explicitly racially biased evidence at trial. Ms. Swarns is one of only a handful of Black women to have argued before the nation’s highest court.

Ms. Swarns also serves as a member of Catholic Mobilizing Network's Board of Directors.