The Feast of Our Lady of Guadalupe: An Advent Reflection

On the Feast of Our Lady of Guadalupe, we reflect on the Annunciation, when the Archangel Gabriel appeared to Mary to share the good news that she will give birth to the Son of God. Mary accepts this honor, but not before asking, “How can this be?”

There are many reasons for her hesitation, one being the context in which this event is happening. Mary lives in Nazareth, a small town. Compared to Rome or Jerusalem, Nazareth is but a blip on the map. Why would God want this woman and this place? We have seen time and again that God chooses the poor, the marginalized, the ones that society (and the Church) says are not worthy, in order to bring a new creation.

If you have had the privilege of celebrating the Feast of Our Lady of Guadalupe in Mexico City, or at a local parish with a large Mexican population, or even tuned in to a Spanish TV channel around midnight on December 12th, you will see a celebration like no other.

In my home parish of San Juan Diego near Albuquerque, New Mexico, no holiday packs the former community center that is now a mission quite like this day. Not Christmas, not Easter. My mom would say, “Catholics come to celebrate Jesus, Guadalupanos come to celebrate La Virgencita Morena.”

The impact of the apparition of Mary to San Juan Diego is arguably as radical and countercultural as any other event in Christian history, especially in the Americas. The year is 1531, ten years after the Aztec empire falls to the invading Spanish conquistadores. This is not a time of “convergence of two cultures” as it is often misunderstood; this is a period of complete and utter destruction.

Arguably the biggest crime against the Mexican people was not the violence the Europeans inflicted, nor the diseases they brought that almost eliminated an entire population, but rather the decimation of their religion and traditions at the hands of the missionaries. The native population was enslaved both in body and spirit.

Many Aztecs chose starvation, suicide, or even killing their newborns as an alternative to living in a new world where they were now the foreigners, where they were told that they were worthless. Even though the natives were forced into Christianity, they were barred from being in complete communion, such as not being allowed into the priesthood.

In this environment, Mary chooses the lowliest of the low to carry her request for a home to be built for her to the highest religious authority in Mexico, Bishop Zumárraga. She chooses an indigenous man by the name of Juan Diego.

Because of who he is, the bishop does not believe him. In the Nican Mopohua, the Nahuatl poem of the apparition of Mary at Tepeyac, Juan Diego is unsuccessful for a second time in trying to convince the bishop of the authenticity of the message and does not feel like he is the right person for the job. His description of himself is telling of the indigenous mindset:

“I am one of those campesinos, a piece of rope, a small ladder, the excrement of the people; I am a leaf, they order me around, lead by force.”

Not until Juan Diego brings flowers that were impossible to grow that time of year and the image of Mary on his tilma does Zumárraga believe and erect the shrine of Our Lady of Guadalupe.

The year 1531 was the year of a new creation, much like when God became flesh. God prefers the presence of the marginalized and the outcast. Time and again, God shows us this, and yet we choose to be like Zumárraga and not listen to those who cry for help and the smallest of dignity. Let us learn to listen and accompany those that our society, and even the Church, has told us are incapable of speaking the truth. God lives uniquely in the disenfranchised.

Let us not wait for a miraculous sign to take action in returning the dignity of God’s chosen people.

*This reflection is also available in Spanish.

A complete collection of CMN's 2019 Advent Reflections is available for PDF download.

Get your copy at the link below. 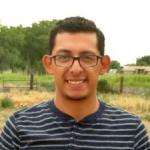 Hector Avitia is the coordinator of screen printing and volunteers at Precious Blood Ministry of Reconciliation, a Catholic restorative justice non-profit in the south side of Chicago that focuses on peace circles, art, storytelling, and wrap-around services to provide hope and healing to the community. Hector immigrated at the age of two from Chihuahua, Mexico to Albuquerque, New Mexico.