Meeting the "Juan Diegos" Among Us: A Reflection for the Feast of Our Lady of Guadalupe 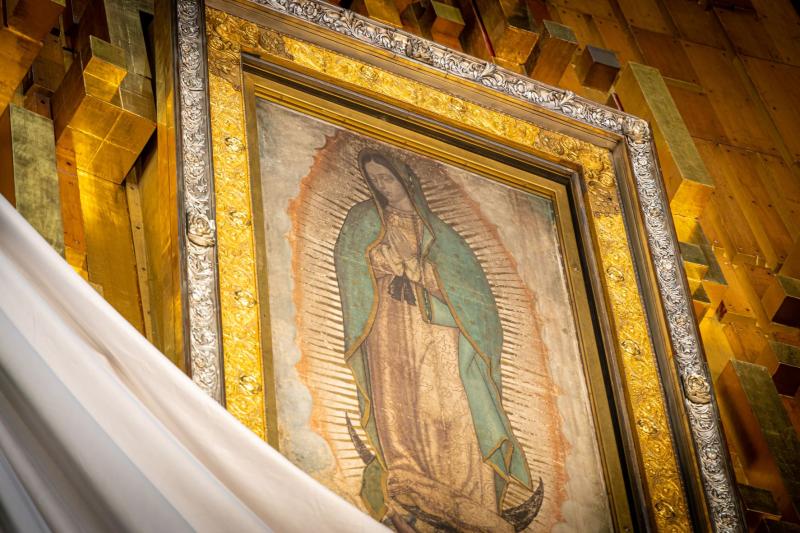 "The Guadalupe story is not a fairy tale; it is a call to restorative justice, personal transformation, and systemic change."

The Gospel today reminds us of the pivotal role Mary played in the history of salvation, when long ago, she whispered her trembling “yes” to God. Her love was stronger than her fear, and this empowered her to live her faith in loving service and to accompany her cousin, Elizabeth, in her need.

Mary also once visited America to accompany us at a time of great suffering. Into the profound darkness of conquest and colonization, Our Lady of Guadalupe visited the poor campesino, Juan Diego.

She spoke to him gently in his language, respectfully calling him “my dignified son.” She commissioned him to go to the bishop with a request to build a temple where she could give to all people her love, healing, and protection.

Juan Diego begged her to find someone more powerful, but Mary called him to reclaim the identity of his Indigenous name, “One Who Speaks Like an Eagle,” and patiently mentored him to believe in his innate dignity and to speak truth to power.

Her image miraculously appeared, woven into his humble garment and his inmost soul. This same image of Guadalupe is tattooed on the arms and backs of many men incarcerated in our prisons today.

In my ministry as a chaplain, I met so many “Juan Diegos” lost in the darkness of personal shame and the racism inherent to our criminal legal system. I always asked about their tattoos, and listened to their stories about how Our Lady protected them and their loved ones from danger, or how she granted a special favor or healing. The majority had grown up without a father and Guadalupe represented their mothers and the values that they learned from them – faith, respect, honor, and sacrifice.

These encounters changed me. I began to ask questions about why, on any given day, most of the people incarcerated were people of color. I began to see how the criminal choices individuals make are always influenced by the systems they belong to or are excluded from.

Their stories revealed a new face of Guadalupe that hides on the brown bodies of men who are born into poverty, grow up in red-lined barrios, are seduced as teens by the lure of drugs and fast money, and who go on to perpetrate the same violence they have experienced themselves. They fill our prisons instead of our schools. When released, they are denied the dignity of honest labor. They pray alone instead of in our churches.

The Guadalupe story is not a fairy tale; it is a call to restorative justice, personal transformation, and systemic change.

Following Mary’s request, let us work to build a true “temple made of living stones” where formerly incarcerated men and women are welcomed, mentored, healed, and empowered by education and meaningful employment.

The call is not easy. Our love must be stronger than our fear. Let us remember that Mary accompanies us and gently says: “Why are you afraid? Am I not here, your Mother?” 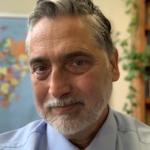 Dr. Arturo Chávez currently serves as the Associate Vice President for Mission at the University of the Incarnate Word (UIW) in San Antonio, TX. Over the years, Dr. Chávez has also served as a teacher, youth minister, a chaplain to the incarcerated, and a community organizer. President Obama appointed him – along with 24 other national leaders – to serve on the inaugural White House Council for Faith-based and Neighborhood Partnerships in 2009.

Jesus came to be present with us. We can embody that presence in our ministry to others.

Rejoicing in Our Savior: A Reflection for the Third Sunday of Advent

"Lord, come and save us" is a refrain prayed by crime victims, the incarcerated, and those burdened by our broken criminal legal system.

The Tenderness of Mother Mary: A Reflection for the Solemnity of the Immaculate Conception

Mary is there to comfort any mother who has lost a child — whether to illness, death, or incarceration.

Awaiting God’s Justice: A Reflection for the Second Sunday of Advent

God promises a justice far greater than the one offered by our criminal legal system.

Seeing the Son of Man on Death Row: A Reflection for the First Sunday of Advent

If we "stay awake" we may see the Son of Man coming in even the most unlikely of places — like on death row.