My Lesson in Grace from a Death Row Exoneree

“I have no hate in my heart for what they did to me.” -Alfred Dewayne Brown

Alfred Dewayne Brown spent 12 years and 62 days in prison for a crime he did not commit. Nearly 10 of those years were spent on death row in Texas, where he was confined to a 60 square foot cell for 23 hours a day during the week and 24 hours a day on the weekends.

Dewayne was convicted based on prosecutorial misconduct – the District Attorney in charge of his case withheld critical exculpatory evidence which was found, of all places, in a homicide detective’s home garage. Dewayne was released from prison on June 8, 2015, and was declared actually innocent of the crime in March 2019.

Dewayne’s story is profiled in a new Netflix docuseries, The Innocence Files. The series details the personal stories behind eight cases of wrongful convictions that the Innocence Project and organizations within the Innocence Network have worked on. Dewayne is proud to be a part of this amazing, groundbreaking series.

DIVE DEEPER: Join CMN on Thurs., May 14 for a Virtual Watch Party of "The Innocence Files" and a special Q&A discussion with Brian Stolarz.

What has made Dewayne’s case so impactful to me as his attorney as well as to those who hear it is the truly amazing grace Dewayne has shown and how he has forgiven those who caused him to be wrongfully convicted.

When he was released, Dewayne said “I have no hate in my heart for what they did to me” and “Nowadays you can’t trust everybody, but you can always love everybody.”

That message of grace, forgiveness, and love has changed my life forever and has made me a better person. Although our legal team saved Dewayne’s life, he saved ours right back.

The Innocence Files shows Dewayne’s humanity and heart in a very special way. He continues to forgive those who have harmed him, and he lives his life in a quiet, peaceful way. From the moment I met Dewayne in March 2007 I knew he was an innocent man, and it is my hope that his story touches others as much as it has touched me.

Dewayne has said to me many times, “There’s many more like me.”

That is why we are telling Dewayne’s story, so that others who are unjustly convicted can find justice. We hope that Dewayne’s story will inspire you to advocate for the innocent, for criminal justice reform, and for the abolition of the death penalty once and for all. 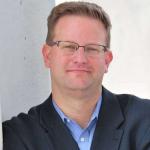 Brian Stolarz was the habeas corpus attorney for Alfred Dewayne Brown, the 13th exoneree from Texas’ death row and the 154th death row exoneree nationally. Dewayne’s case is featured in Episode 8 of The Innocence Files on Netflix, which premiered in the Top 10. Brian has received numerous awards for his pro bono service, and is currently a partner at Fox Rothschild LLP in Washington, D.C. in its white-collar criminal defense and regulatory compliance group. Brian is a former member of Catholic Mobilizing Network's Board of Directors.

Hours before execution, Julius Jones’ death sentence is commuted to life without parole

Just hours before Julius Jones was set to be executed Thursday, Oklahoma Gov. Kevin Stitt commuted his death sentence to life in prison without the possibility of parole.

Unearthing the truth in a decades-old death penalty case

"The Phantom" is a new documentary calling into question the aims and ends of our capital punishment system.

On Feb. 18, 2021 the Death Penalty Information Center released a special report analyzing 185 death penalty cases that resulted in exonerations of people wrongfully convicted. The report concludes that the majority of wrongful convictions are not accidental, and resulted in the addition of 11 names to DPIC’s Innocence List