A new Illinois law promotes restorative justice. My fellow Catholic advocates and I helped get it passed.

Championed by state Senator Robert Peters and state Representative Carol Ammons, the new law historically throws off the chill of self-incrimination as a disincentive for authentic participation in a restorative justice practice.

The genesis of this groundbreaking legislation began six years ago in remarks delivered by Cardinal Blase Cupich at a Lenten Day of Recollection for Lawyers, sponsored by the Catholic Lawyers Guild of Chicago.

Inspired by the transformative healing work being done by Father David Kelly, C.PP.S. and others at the Precious Blood Ministry of Reconciliation in Chicago, Cardinal Cupich called on the bar and judiciary to promote restorative justice — an ancient practice which invites community members who cause harm or who have been harmed to identify and repair harm, and to strengthen community ties by addressing the needs and obligations of all members.

Gratefully, the former president/CEO of the Juvenile Justice Initiative, Elizabeth Clarke, invited me to attend one of the initial meetings of the Guild’s working group.

With exasperation in his voice, Judge Stuart Katz of the Circuit Court of Cook County’s Juvenile Justice Division kicked off the discussion.

“I started a restorative justice program in my courtroom several years ago,” he began, “and it seemed as if at every turn, the public defenders thwarted its effectiveness. They refused to allow their clients to participate, out of fear that their clients might incriminate themselves.”

As a juvenile defense attorney, I recall sitting across the table from Judge Katz thinking, “I wouldn’t allow my clients to participate in a restorative justice practice either; it’s too risky. What if they admitted to the crime in question, or some other crime for that matter?”

It was as though Judge Katz had read my mind.

For months following that initial meeting, the committee painstakingly labored on a draft of an evidentiary rule that would eventually serve as the template for Senate Bill 64.

Senate Bill 64 confers what is known as an “evidentiary privilege,” barring what participants say or do during — as well as in preparation for and as follow-up to — a restorative justice practice from being used against them later in a court of law. It is similar to the privilege afforded between doctors and patients, clergy and congregants, attorneys and clients.

Following six years of inspiring teamwork by advocates, including the Juvenile Justice Initiative, the Chicago Alliance Against Sexual Exploitation, and individuals like Cook County Chief Judge Timothy C. Evans, today Illinois has boldly bucked the trend set by other jurisdictions that have foregone or limited privilege and/or confidentiality protections for restorative justice practices and programs.

Critically, Senate Bill 64 broadly applies privilege to all restorative justice practices — practices convened in schoolyards, on street corners, and, yes, in courthouses. It is pioneering!

As the new law states, the hope is that “residents of this State [will] employ restorative justice practices, not only in justiciable matters but in all aspects of life and law.”

That is the goal: to widely seed restorative justice everywhere and in doing so, to radically transform systems and communities.

The work is far from done, however. The Guild stands ready to vigorously promote the use of restorative justice practices in our courts, schools, and communities.

And now, thankfully, the law is on our side. 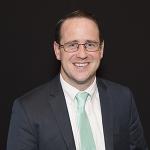