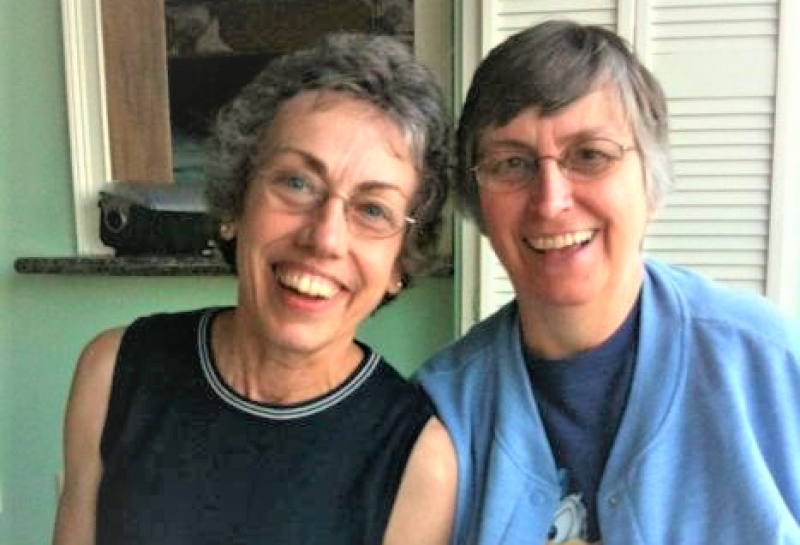 Just over a year ago our Sisters were murdered in Durant, Mississippi. Rodney Earl Sanders, a man who had been temporarily living across the street from the two, was arrested and charged with their brutal deaths. No motive has been given to date.

Sister Margaret M. Held, a School Sister of St. Francis, and Sister  Paula J. Merrill, a Sister of Charity of Nazareth, were members of our religious communities.  They were beloved and deeply committed nurse practitioners serving some of the poorest children and families in the country. They believed in the sacredness of life. In the wake of our unspeakable loss, and in light of the five executions scheduled this month, it has become even more important that we renew our call to end the death penalty.

When we heard the tragic news last year, we immediately recognized the need to reiterate our beliefs as women of faith, that we value ALL life. We knew how Sisters Margaret and Paula would have responded to such a tragedy. October provides an especially opportune time to celebrate their lives by renewing our call for an end to the death penalty: October 10th marks the 15th annual celebration of World Day Against the Death Penalty, and in the Catholic Church, October is known as “Respect Life Month.”

This year’s World Day Against the Death Penalty theme highlights the connection between the death penalty and poverty, and is especially fitting. Our Sisters committed their lives to serving those living in poverty and vulnerable situations. The community health clinic where Sisters Margaret and Paula worked is located in the seventh poorest county in the country.  Mississippi as a whole, represents the poorest state in the nation, with over 20% of the population living in poverty.

Poverty is perhaps the single most significant factor to determine whether or not someone will receive a death sentence. Nationally, almost all death row inmates are unable to afford their own attorney at trial. Public defenders often find themselves with unmanageable caseloads and few resources. This often results in poorly handled cases where mitigating factors such as severe mental illness, intellectual disability, or childhood abuse and trauma are not presented.

The five executions slated for this month are examples of the perilous ways poverty can influence the death penalty. Among these five individuals are claims of innocence, as well as situations of poor counsel, mental and intellectual impairment, and childhood trauma.

As we mourn the loss of Sister Margaret and Sister Paula, we know the great pain and suffering acts of violence cause for victims and their families. We also know that the death penalty will not allow us to heal from the harm we have experienced. The death penalty denies our call to be a people of life and is not restorative. It violates the God-given dignity of the human person and favors vengeance over reconciliation and transformation. This is why we are working to heal the harm done and stop perpetuating the cycle of violence with more killing.

We know too well the burden that death of any kind leaves in its wake.

The lives of Sisters Margaret and Paula embolden us to make justice and mercy meet. Their lives and work demonstrated what the Catholic Church calls a “preferential option for the poor and vulnerable.” Join us in following their dedication to caring for and serving others, to holding all life sacred, by ending the death penalty.

Susan Gatz, SCN, is the President of Sisters of Charity of Nazareth. Marilyn Ketteler, SSSF, is a member of School Sisters of St. Francis’ US Provincial Leadership Team.