The Stations of the Cross: An Art Project 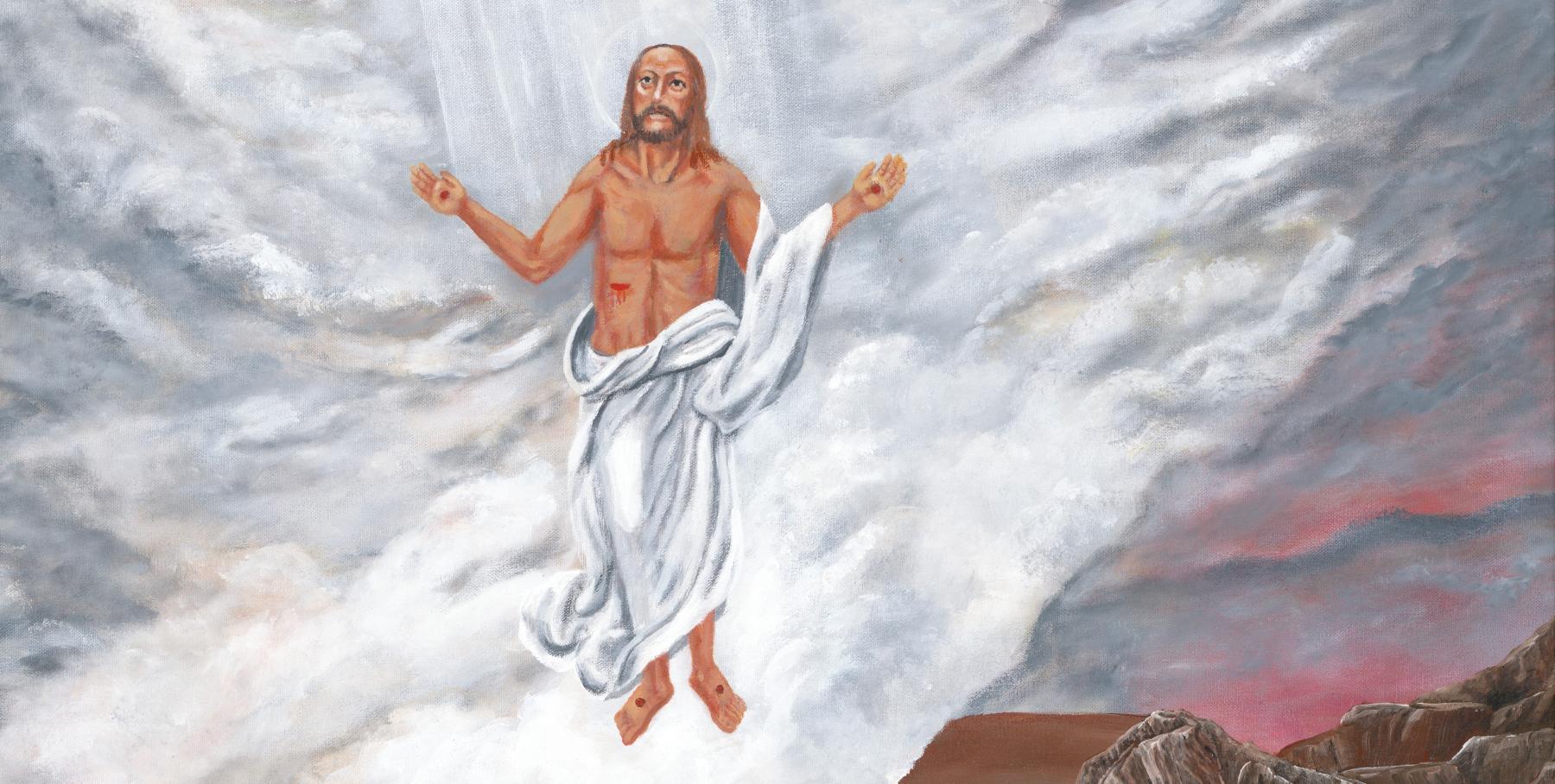 In Lent 2019, a group of death row inmates at Tennessee's Riverbend Maximum Security Prison painted a vibrant depiction of the Stations of the Cross (below) and the Resurrection (above) on a six-foot long piece of canvas. The project, which was facilitated by members of the prison ministry program in the Diocese of Nashville, took more than two months to complete.

Since then, the painting has moved outside the prison's walls, being transported from parish to parish and sparking powerful conversations about our Gospel call to encounter those in prison.

The statement below was written by Derrick Quintero, one of the artists behind the project.

"This piece of art is a commentary on the continuing battle for our collective moral worldview. It is a collaborative effort with several of my fellow artists, all of whom reside on Tennessee's death row.

Not all are Christians, or even religious. Several chose to be anonymous.

I asked my fellow community members to help me create this project to begin a conversation about what justice looks like.

When Jesus was executed, justice looked different than it does today. However, justice today has some of the same components as it did back then: the guilty, as are the innocent, are subjected to this state-sanctioned process. As we understand it, state-sanctioned, means that "we the people" — collectively speaking — uphold the system of justice. So, based upon our support, this system of justice reflects our community's sense of morals and values.

One of the biggest issues that my sense of the "Christian" world has is dealing with the fact that Jesus was not a caucasian. This is also true here on death row, a microcosm of the larger "free-world" community. So we decided not to limit one another's understanding of Jesus' death or appearance.

Some were correctional officers. It turned into a true community project.

I do not know how many opinions we changed inside during this project, but the dialogue is a prerequisite for the community model we prisoners have created on this death row, based on the concept of reciprocal education and community healing ("REACH Coalition" and "Men of Hope"). We regularly engage visiting groups to death row on what justice looks like.

A group of us have educated ourselves on our rights and responsibilities within our local community and larger outside community. We tackle all the positives and destructive social issues that were a part of our lives. We do so with the blessing and cooperation of the Tennessee Department of Correction officials. How we got to today, finding healing, and making better overall decisions is critical to the security of the prison system and society at large.

We often do outreach on particular equity-based, social justice reform issues impacting juveniles, women, including issues of race. Art is our main outreach tool. We, however, have participated in symposiums at several universities through our writings, even having drafted treatises on the overall criminal justice system.

We invite dialogue from anyone on how to change the paradigms of our collective lives with those that promote healing and reconciliation within our diverse communities.

In the Spirit of Love, Mercy, and Forgiveness,
Rick Quintero"

Derrick Quintero is currently an inmate on Tennessee's death row. He led a group of death row prisoner-artists in their efforts to create and organize a work of art illustrating the Stations of the Cross.