Strong Like Mary: A Reflection for the Solemnity of the Immaculate Conception 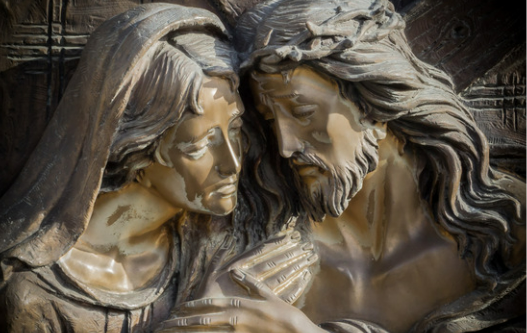 "But [Mary] was greatly troubled at what was said and pondered what sort of greeting this might be."

On the Solemnity of the Immaculate Conception of Mary, I cannot help but reflect on the Gospel truth that every person has a purpose, fulfilled through their unique strengths — even those who appear to be throwing their lives away at a given moment.

Mary is a visible example of the internal value of human beings.

It is probable that, though she was conceived without sin, no one recognized any outward signs of greatness within her teenage frame.

But Mary’s purpose and strength is evident to us from the moment she says “yes” to God’s unique request that she nurture within her and through his formative years a child who was both human and divine.

Her strength also is evident in her willingness to challenge the Son of God at the Wedding at Cana.

When Jesus says at the wedding, “my time has not yet come,” Mary insists that he perform the miracle of turning water into wine, probably to save their hosts the embarrassment of seeming inhospitable for failing to provide sufficient wine.

In the face of his mother’s persistence, Jesus performs his first public miracle.

But nowhere is Mary’s strength more evident than when she journeys with her beloved son as he is brutally executed for the crime of calling people to a counter-cultural path of love and faith in God.

Like Mary, many seemingly unremarkable women have strength ingrained within them.

Today, seeing the value of every individual is challenging, particularly when we are so often urged to seek vengeance rather than redemption for those who have wronged us or our communities.

But there is no greater grace than the moment we see the face of God in people our society too often prefers to throw away.

Take, as one small example, Michelle and Faith (I have changed their names to protect their privacy). I met both women while they were incarcerated. They had similar trajectories into prison – abusive relationships that led to drug addiction, which led to criminal acts. Both managed, over time, to struggle past all the barriers on their paths to find their purpose and value.

The two women’s personalities were night and day from one another.

Michelle was gregarious, educated, and certain that she would succeed after release. Faith was overwhelmed by the prospect of life with no connections, no education, and no experience living without a man telling her who and how to be.

As it turned out, in the first year after each was released from prison, Faith had far more initial strength than Michelle.

Faith’s fear of life on the outside was insignificant compared to her desire to be her own person and move far away from the life she had known.

Her first year after returning to society was full of setbacks and hardships, from serious health challenges to towering obstacles in finding employment and housing. She journeyed through each one, never letting her feelings of hopelessness or unworthiness dominate her plans for a better future.

Michelle took a little longer to move beyond the appearance of strength to a real foundation of it.

Her initial confidence took a battering when she met the realities of life with the label “felon.” She returned to prison a few months after her release on a parole violation. But during her second sentence, she found the strength she needed to accept help from others.

While Mary holds an esteemed position because of her unique relationship with the triune God, she is nevertheless the archetype from whom we draw inspiration.

Michelle and Faith, though flawed, reflect much of Mary.

They attest to me that no human being is without value, without purpose, or without the strength that comes from being created in the image and likeness of God. 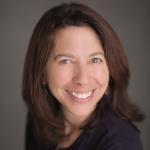 Jean Welch Hill is the Director of the Office of Life, Justice, and Peace for the Diocese of Salt Lake City, Government Liaison for the Diocese, and part-time Communications Director. She has been working with Catholic Mobilizing Network for several years, seeking to end the death penalty in Utah. Jean is a member of the Shelter the Homeless Board, co-chair of the Salt Lake Valley Coalition to End Homelessness and member of the state Commission on Criminal and Juvenile Justice and recent recipient of Catholic Community Services’ 2021 Humanitarian of the Year award. Prior to joining the diocese, Jean served as an attorney for the Utah State Board of Education for 12 years.