When Executions Return to Your Own Backyard

Terre Haute, Indiana has been my home for the last 20 years, although my association with the city goes back to 1967 when I entered the Congregation of the Sisters of Providence of Saint Mary-of-the-Woods. Our Motherhouse is located just outside the city limits of Terre Haute, so I have been coming here for the past 53 years since I entered the community.

When I first traveled from Southern California to Indiana, I was unaware that there was a Federal Penitentiary here. However, within a few weeks of my arrival I learned that many of our sisters were regular visitors to the people incarcerated there, and some conducted Scripture studies, led prayer services, or counseled some of the men. Our sisters continue to serve in these ministries today.

What is the experience of having a Federal Penitentiary ten miles from the Motherhouse of a community of women religious? It is both daunting and galvanizing.

There are times when the issue of capital punishment seems overwhelming. Because so many in my Congregation are professional educators, we try to stay informed on the issue and help make others aware of it as well. Oftentimes people are unaware of the many studies that have been done showing that capital punishment is not a deterrent for crime, or that it costs taxpayers more money to execute a person than to keep them imprisoned for life. And we’re continually surprised by the number of Catholics who don’t know that the bishops of the United States have spoken out against capital punishment.

And so, we educate, we pray, and we act.

Last month was challenging because in the midst of a global pandemic, our federal government chose to put to death three men — in your name and in mine.

It had been 17 years since the bells tolled in our Motherhouse church for those executed in our name. But last month, it tolled three days out of four: July 14 for Daniel Lewis Lee, July 16 for Wesley Ira Purkey, and July 17 for Dustin Lee Honken.

Sisters joined in a prayer service; others of us kept vigil in a quiet protest closer to the Federal Prison. And many wrote to their elected government officials, expressing opposition to these killings.

When these executions happen in our own backyard we simply cannot ignore them. There is a palpable sadness in the air.

One of our sisters, Sister Betty Donoghue ministered for several years to Dustin Lee Honken, who was executed on July 17. “We spoke about Catholicism, our faith,” Sister Betty said.

“He often spoke of his family which was very supportive of him. He also spoke about his concern for other inmates. He helped them if he could. He often said everyone on death row was a broken person. Often, we spoke about Scripture. He loved the Sermon on the Mount.”

Sister Betty said they also discussed their mutual love of books and politics.

“He talked about the books he was reading and recently, he became interested in the mystics,” Sister Betty said. “All of our visits were meaningful.”

The educating, the praying, and the action will continue into this month, with Lezmond Mitchell scheduled for execution on August 26 and Keith Dwayne Nelson on August 28. September will be the same: William Emmet LeCroy on September 22 and Christopher Andre Vialva on September 24.

May God have mercy on us.

Our Congregation and its associates are committed to praying daily “A Litany of Nonviolence.” The prayer concludes with these words:

God of love, mercy and justice,
acknowledging our complicity
in those attitudes, actions, and words which perpetuate violence,
we beg the grace of a non-violent heart.

My sisters and I choose not to comply with executions which we believe are violent acts. What is it in some of us that seeks revenge? Why do we believe that killing another human being will make the world a better place?

Let us all beg for the grace of a nonviolent heart. 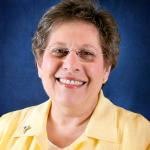 Sister Paula is the Co-Director of Providence Spirituality and Conference Center at Saint Mary-of-the-Woods and an active member of the Interfaith Council of the Wabash Valley.