Why I'm advocating against the death penalty this Respect Life Month.

Every October, I celebrate life — my own life. I was born in that month, and my birthday always marks a day of God’s grace and mercy in not only bringing me into the world, but preserving me for yet another year.

Since I became Catholic in 2019, I have had to wrestle with the idea of what it means to be “pro-life.”

Even before my conversion, I could comfortably say I opposed abortion — whether or not I believed any present laws should change on the matter. Even so, by that token I had a very limited view of what it really meant to advocate for “life.”

In 2008, my older brother Andrew was sentenced to 62 years in prison for killing another man in a drunken rage. I was 16 years old, and I was devastated.

In the long stretch of time it took me to come to terms with the fact that I would likely never see my brother as a free man again, I mourned. I pondered. I felt helpless. But one thing I never had to fear was that Andrew’s life would be taken by the state in response.

For more than 8,500 U.S. families of convicted murderers in the past 50 years, the story is not so hopeful.

As a newborn Catholic, this year I join with the bishops of my country in their advocacy for “life” — not only the kind that gestates in the womb, but also that which every Christian is obligated to help preserve throughout their earthly journey.

In many ways, our country has consistently failed in that obligation — “Christian nation” though it may be. From slavery to Jim Crow, sharecropping to mass incarceration, the particular reduction of Black Americans to disposable status shapes what America is at its core.

The death penalty is the latest iteration. My fellow African Americans are killed at a higher rate than any other under this system, and not a few were known to be innocent either before or after being killed.

(It should come as no surprise that most of these executions happen in the very regions where slavery, apartheid, and anti-Black terrorism not so long ago held its firmest grip on Black life in America.)

I was recently made aware of one James V. Allridge III, a Black Texan who committed a murder in 1985 when he was 22 years old (at the behest of his abusive older brother Ronald, who would be executed in 1995 for a separate crime).

James would later become something of a celebrity on account of his stunning artwork created while he was incarcerated. Susan Sarandon became a friend and visitor. James became a reformed man. Nevertheless, 17 years after his sentencing, he was executed.

There are many stories like James’ in the annals of U.S. history. The mercy of God is not a prominent feature of our “justice” system, especially when it comes to African Americans. Respect Life Month is the perfect time to make that crystal clear.

Since I am now a Catholic, I know what it means to be “pro-life”. And so I confess the truth of the Catechism this month and every month to say: “The death penalty is inadmissible.”

It is an affront against life. 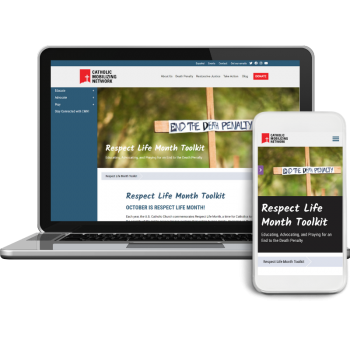 Get started with the resources found in CMN's Respect Life Month Toolkit. 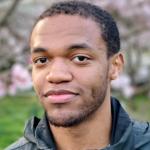 Nate Tinner-Williams is a Catholic seminarian with the Josephites, and editor of Black Catholic Messenger, a media publication covering news of interest to African-American Catholics.

Across the U.S., Catholics Include the Death Penalty in their Respect Life Month Advocacy

From diocesan and parish-wide initiatives to individual actions by people the pews, here are a few ways that Catholics advocated against the death penalty this Respect Life Month.

"True justice requires more than accountability alone. True justice seeks to center the needs of victims, make amends, and transform broken systems. And from this perspective, there is still much work to be done."

What it Means to be Pro-Life: Why a Young Catholic is working to end the Death Penalty

Being pro-life means acknowledging that every life, whether it be of an unborn child or a person in prison, is worth defending.