Witness to an Execution

I watched a man die. He wanted someone to be there for him. Someone not on the killing team.

On Sept. 22, 2020 at 9:06 p.m. in the execution chamber of the United States Penitentiary in Terre Haute, Indiana, Mr. William Emmet LeCroy, Jr. took his last breath as he laid strapped down, flat on his back, on a slightly tilted cruciform table in a room full of windows.

Five of us shared that room. Will, defenseless and completely at the mercy of his executioner, had asked me to pray the Divine Mercy Chaplet with him. He asked me to continue to pray it, out loud, as the executioner began his death-dealing infusion.

And I did. I wonder if the warden, the U.S. Marshall, or the executioner were silently praying these words with me. I know Will was.

I met Will near the end of August. We were introduced through Keith Dwayne Nelson, a man whose life was taken on Aug. 28 inside that very same chamber. The Bureau of Prisons conducts these executions in a highly orchestrated manner; nothing is left to chance.

The staff is kind, solicitous even. Due to the coronavirus pandemic, many are in personal protective equipment. A few have only a well-fitting mask for protection.

My overriding impression is that of a stark environment, devoid of human emotion, calm and eerily quiet while an act of extreme violence is being inflicted upon another human being — a person to whom Jesus referred when enjoining us to “love our neighbors as ourselves” (Mark 12:31).

As of this writing, the federal government has inflicted revenge killing, or executions, on seven persons starting in July 2020. Three more are scheduled before Christmas: Orlando Hall (Nov. 19), Lisa Montgomery (Dec, 8), Brandon Bernard (Dec. 10). Sadly, Terre Haute has become the killing fields for the federal government.

The bishops of Indiana, along with numerous other bishops, have spoken out against the death penalty. So have religious communities across the country, including my own, the Sisters of Providence of Saint Mary-of-the-Woods.

My faith and the teachings of our Church compel me to say “No!” to the death penalty and to work to abolish it. Pope Francis, in 2018, approved the following revision to section 2267 of the Catechism of the Catholic Church: “…the Church teaches, in the light of the Gospel, that the death penalty is inadmissible because it is an attack on the inviolability and dignity of the person and she works with determination for its abolition worldwide.”

We are called to respect the human dignity of all persons. Those on death row are no exception.

A year ago, we formed the Terre Haute Death Penalty Resistance to collaborate in working to abolish the death penalty and bear witness to federal executions. We have members from Catholic Mobilizing Network; Indiana Catholic Conference; Indiana Abolition Coalition; Sisters of Providence; Oldenburg Franciscans; InterFaith Council of the Wabash Valley; Amnesty International; students from across Indiana; and various other individuals dedicated to abolishing the death penalty. We gather in protest and vigil at the main entrance to the USP Terre Haute.

Will mailed his last words to me which, as providence would have it, came the day after he was executed. At a press conference the morning of Sept. 24, when Christopher Vialva would be executed later that day, I spoke aloud William’s last words. He quoted from his spiritual guides: Thomas Merton, Pema Chodron, and others.

From Kahil Gibran, in The Prophet, Will identified an essential truth: “But I say that even as the Holy and the righteous cannot rise beyond the highest which is in each of you, so the wicked and the weak cannot fall lower than the lowest which is in you also.”

I believe Will LeCroy can teach us an essential truth: Who among us deserves to be labeled, judged, discarded even, according to the worst thing we ever did? Rather, are we not called to honor human dignity and extend God’s loving design to all creation and all persons?

Surely just as we know that God loves us always and is never far from us, so are we called to love one another always, no matter what. Let us move towards Advent with a renewed commitment to truly be brother or sister to all members of the human community. 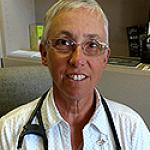 Sr. Barbara Battista is a member of the Congregation of the Sisters of Provident of St. Mary-of-the-Woods, Indiana. She ministers as a PA in Occupational Medicine in Terre Haute, IN and is a member of the Terre Haute Death Penalty Resistance, which is mobilizing against the proposed restart of federal executions.