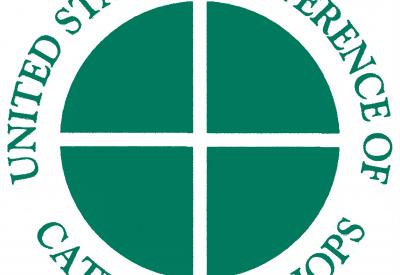 WASHINGTON—Following the publication of the revised section of the Catechism of the Catholic Church regarding the death penalty, Bishop Frank J. Dewane of Venice, Florida, Chairman of the USCCB's Committee on Domestic Justice and Human Development, welcomed the change and echoed the call to end the death penalty in the United States.

"Today, we welcome the Holy Father's decision to revise the Catechism and its explanation of the Church's teaching on the death penalty. All human beings are created in the image and likeness of God, and the dignity bestowed on them by the Creator cannot be extinguished, even by grave sin, such that all persons, from conception until natural death possess inalienable dignity and value that points to their origin as sons and daughters of God. The new section in the Catechism is consistent with the statements of Pope Francis' teaching on the death penalty, including his 2015 address to the U.S. Congress, as well as the statements of his predecessors.  Pope Benedict the XVI urged 'the attention of society's leaders to the need to make every effort to eliminate the death penalty,' and Pope St. John Paul II observed that 'Not even a murderer loses his personal dignity, and God himself pledges to guarantee this."

"For decades the U.S. Conference of Catholic Bishops has called for the end of the death penalty in the United States.  As the revised Catechism states, 'more effective systems of detention…which ensure the due protection of citizens' exist, ones that also maintain the human dignity of all. It is our hope that today's announcement will bring new attention to this critical issue, and speed along the end of this practice, which, as Pope Francis has said in the light of the Gospel, is 'inadmissible because it is an attack on the inviolability and dignity of the person.'"

"For some years now, I have expressed my concern that the death penalty is both cruel and unnecessary and I have called for its abolition. So, I welcome the changes to The Catechism of the Catholic Church on the death penalty and I am grateful for Pope Francis’ leadership in working for an end to judicial executions worldwide." More

The four bishops of Iowa spoke out Tuesday, Feb. 6, 2018 to oppose the death penalty. This statement arrives amid a flurry of legislative action in the Iowa Senate and House that would bring back the state's death penalty, which was abolished in 1965. The bishops - Dubuque Archbishop Michael Jackels, Davenport Bishop Thomas Zinkula, Sioux City Bishop R. Walker Nickless and Des Moines Bishop Richard Pates - issued the following statement through the Iowa Catholic Conference.   More

10 years ago on December 17, 2007, New Jersey was the first state in 40 years to abolish the death penalty. Read the statement below from New Jersey Bishops commemorating this important anniversary. A Statement by the Catholic Bishops of New Jersey On the 10th Anniversary of the Elimination of the Death Penalty in New Jersey   December 17, 2017   More