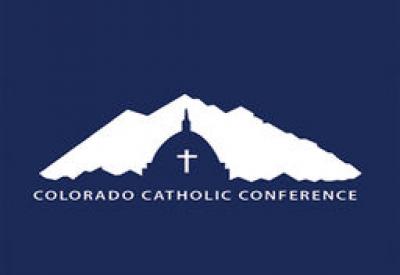 In 2009, the Bishops of Colorado came out with a statement calling for an end to the death penalty in the state and for support to promote the dignity and sanctity of all life. A portion of the statement is read as follows:

"As the Catholic bishops of Colorado, and consistent with Christian respect for the sanctity of human life, we oppose the use of capital punishment in our state. We believe that all people have a natural right to life, because every human being is made in the image and likeness of God, who alone is Lord of life from its beginning until its end (cf. Genesis 1: 26-28).

Obviously, behavior that threatens or takes lives cannot be tolerated. Those whose actions harm others must be held accountable. Society has a right to establish laws that protect all people and promote the common good. But the need to punish violent criminals does not logically lead, in our day, to the conclusion that capital punishment should be employed. We grieve for the victims of murder and the terrible suffering of their families. In capital murder cases, we recognize that grave punishment is needed both to serve justice and to ensure the safety of the community. But we also believe, as Pope John Pau II once observed, that improvements in the penal system of developed countries like our own make the death penalty unnecessary to protect the community.

The state of Colorado has other means available to it besides the death penalty to exact justice and render the criminal unable to do harm. We need to continue the reform of our criminal justice system, and we need to impose punishment in a way that protects society from violence while avoiding further killing under official guise. All human life, from conception to natural death, including the life of a convicted murderer, has intrinsic value. For the sake of our own humanity, we need to turn away from a mistaken idea of justice based - in practice - further and unneeded violence."