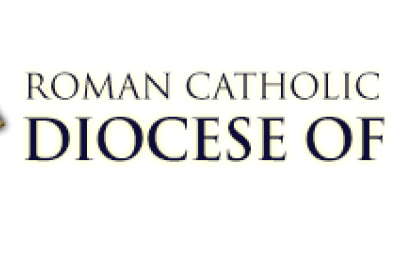 In 2017, the Bishops of Nevada came out with a statement calling for an end to the death penalty in the state and for support to promote the dignity and sanctity of all life. At the time, there was a bill being debated in the legislature which sought to repeal the death penalty. A portion of the statement is read as follows:

"The Nevada Legislature is considering a bill (A.B. 237), which will abolish the death penalty in the state and replace it with life in prison, without the possibility of parole. This is an opportunity for Catholics to reflect on the Church’s teaching on this issue and to understand the position of the Nevada Catholic Conference in support of ending the death penalty.

The Catechism of the Catholic Church teaches that “the Church does not exclude recourse to the death penalty” if this is the only possible, effective means of crime prevention. Today the cases in which the death penalty is “absolutely necessary, ‘are very rare, if not practically non- existent’’’ (CCC 2267). Weighing heavily against the use of the death penalty is the dignity of human life, which Pope St. John Paul II said “must never be taken away, even in the case of someone who has done great evil. Modern society,” he said, “has the means of protecting itself, without definitively denying criminals the chance to reform.” Such was the strength of his defense of human life that St. John Paul in 1999 called for a global consensus to end the death penalty because “it is both cruel and unnecessary.” In 2011 Pope Benedict made a similar appeal. In his address to a joint session of the U.S. Congress in 2015, Pope Francis also called for the global abolition of the death penalty, citing the Golden Rule, “Do unto others as you would have them do unto you” (Mt 7:12) and our teaching that “every life is sacred, every human person is endowed with an inalienable dignity.”

There are other reasons that argue for the end to capital punishment. There have been errors in sentencing. In fact, since 1973, over 150 inmates on death row in American prisons have been exonerated. Two of them were in Nevada. Studies have shown that minorities are more likely to be sentenced to death. The costs of prosecuting and administering death penalty cases are higher than keeping someone in prison for life. Eighteen states and the District of Columbia have abolished the use of the death penalty. Over 100 nations no longer have capital punishment. For these reasons, we urge the Nevada legislators to review the facts about the use of capital punishment and to replace the death penalty with life in prison without the possibility of parole. We also urge Catholics to engage in civic dialogue with fellow Nevadans concerning this issue and, in the particular, the bill before the state legislature."