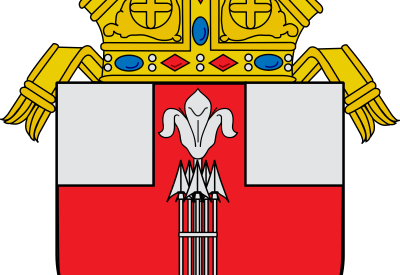 At a press conference held in late 2013, New Hampshire Bishop Libasci, Diocese of Manchester, announced campaign to end the death penalty in New Hampshire. A part of his statements are found here:

"As I address you today, I would like to say at the outset how grateful I am to have been given this opportunity. As a man who represents a large body of believers – people of the Roman Catholic faith, and perhaps, more broadly as well, many men and women of good will who, at certain times and for particular causes, allow a voice such as mine to contribute insights that go beyond personal interest and personal opinion, but appeals to a long-standing tradition of teaching that, at its best, addresses, affirms and encourages each citizen’s contribution to the common good of society, I come to you today.

Debate surrounding the death penalty is so serious and so highly charged emotionally precisely because everyone concerned believes in the sanctity, the sacredness of human life. The crime of murder is outrageous, unthinkable, and horrifying, precisely because it violates this most basic principle of the sacredness of human life. It is an attack directly on the individual victim and indirectly on the victim’s grieving loved ones and, indeed, civilized society itself. Such an offense against humanity demands a response. The victim’s grieving survivors will often say to the alleged perpetrator, ‘I want you to know what you have done. I want you to understand what you did!’ The human act of recognition by the perpetrator of the gravity and horror – that is what we hope for when we say, ‘I want you to know what you’ve done!’ But the death penalty neither deters others, nor brings this perpetrator to understanding, but instead, in the worst of ironies, publicly validates the very act of taking a human life. The death penalty does NOT help the criminal to understand the magnitude of what he or she has done; it reinforces, instead, the terrifying notion that there is, ultimately, no sacrilege in the taking of human life. What we must call for in a civilized society is not retribution but restitution!

Our penal system relies on the reality of incarceration; indeed, in some cases, incarceration for life without possibility of parole, both for the safety of society and, please God, the rehabilitation of a disordered life. This is the answer—not the taking of yet another human life.

The teachings of the Church which I represent here today and to which I hold firm, recognize that the imposition of the death penalty signals neither a firm commitment to the sacredness of human life itself nor the desire for the betterment of society, but signals a collapse into defeat by a society that tries to make itself believe falsely that we can defend life by taking life. As I said at the opening of my remarks today, this topic is charged with deep emotion because of its gravity. Therefore, in closing, I wish to offer a special word of respect and compassion for those most directly affected and who grieve even now, the families and loved ones of murder victims.

Together with my brother bishops, I urge our lawmakers to devote more resources to helping them by directing some of the savings the state would realize through repeal into greater service for victims’ families. The process of restitution will already have begun."