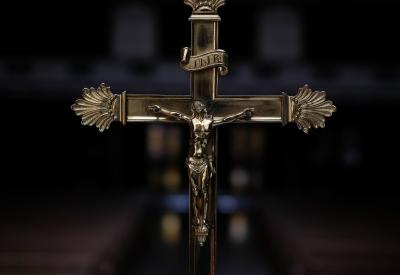 “We’ve asked many times to stop the federal executions. In fact, last Advent, three bishops wrote that the resumption of federal executions was at odds with this season of anticipated redemption. But the executions resumed. Eight since July. Two more this week. Three in January. A new regulation will permit federal execution by means other than lethal injection, such as the electric chair.

“What does the birth of our Lord say to this? The Lord comes not to destroy, but to save. For the Second Sunday of Advent, we hear St. Peter counsel that the Lord ‘is patient with you, not wishing that any should perish but that all should come to repentance’ (2 Pt. 3:9). Can we follow the Lord’s example?

“We are all sinners. Some have done terrible things. Victims need help. Justice is needed for peace. But executions solve nothing.

“This Advent, the Lord comes to love us even though we don’t deserve it. Let us repent and embrace his gift. We call on President Trump and Attorney General Barr, in recognition of God’s unmerited gift of self-giving love: stop these executions.”

For additional USCCB statements and resources on the death penalty and the recent resumption of federal executions:

*Archbishop Wilton D. Gregory was elevated to Cardinal by Pope Francis on November 28, 2020.