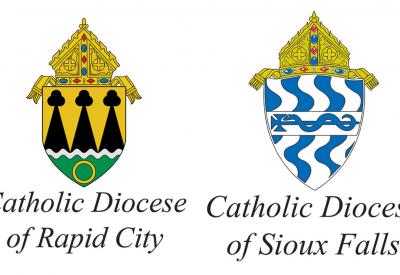 In 2014, the Bishops of South Dakota came out with a statement calling for an end to the death penalty in the state and for support to promote the dignity and sanctity of all life. At the time, there was a bill being debated in the legislature which sought to repeal the capital punishment. A portion of the statement is read as follows:

"It is expected that the South Dakota Legislature will consider legislation during the 2014 legislative session to repeal the death penalty. In 2012 we, the Roman Catholic Bishops of the Dioceses of Rapid City and Sioux Falls issued a statement on the Death Penalty...As we have previously encouraged, it is a time for us to prayerfully reflect on the role of the state as an agent of death.

It is impossible for most of us to fully relate to the depth of horror that the brutal murder of a loved one brings upon family and friends. Nor can we underestimate the anger it naturally raises not only among those most affected but by all of us who expect our communities and our families to be safe. This understandable reaction is intensified when, as we have seen, convicted murderers mock the mourners or minimize the significance of their sentence by declaring that they wish to die at the hands of the state. Our fervent prayers and heartfelt support are with those who grieve the agonizing injustice done to them and those they love, and who must cope with the painful results of evil acts thrust upon them. We pray for the consolation that comes from knowing that those who suffered are beloved children of God and that they are in His loving care. We pray also for the grace of healing and forgiveness for those who miss them. We also pray for those who have committed these heinous crimes. May their hearts be converted by the recognition of the pain they have inflicted and may they in humility seek God’s mercy.

Clearly, the state has an obligation to hold violent criminals accountable for their actions and to protect society from those who are a threat. Heavy is the duty on the legislative, judicial and executive public officials as they seek to exercise their responsibilities in good conscience and according to civil and moral law. The task of those who work in prisons and in jails is especially heavy. They deserve our sincere appreciation for their difficult and dangerous public service...The Catechism of the Catholic Church reminds us that “If nonlethal means are sufficient to defend and protect people’s safety from the aggressor, authority will limit itself to such means, as these are more in keeping with the concrete conditions of the common good and more in conformity with the dignity of the human person.” (2267) In addition, it notes that executions terminate the possibility for conversion and reconciliation which is possible for us all whatever our sin or crime. We recall the words of Blessed Pope John Paul II that recourse to the death penalty should be “very rare, if not practically non-existent” (Evangelium vitae, 56). That is true in our state. Nonlethal means to defend and protect are sufficient in South Dakota. This is insured by the professionalism of our public safety employees and has been enhanced by advanced technology, intensive training, and strengthened policies and procedures in our state penal system. All these improvements remove threats from aggressors to society and protect those who work and live in the prisons. The safety record achieved over many years at great personal risk and sacrifice by so many who work in or oversee our prisons is impressive and reassuring. We are confident that the state will continue to take whatever measures are necessary to further assure the safety of all those in the prison and jail system, both the personnel and the prisoners. Joint Statement from the Roman Catholic Bishops of South Dakota Regarding Proposed Legislation on the Death Penalty.

We as citizens and as spiritual leaders affirm that those who commit horrific crimes must be held accountable for their actions and that justice is both swift and certain. We must also assure the safety of individuals and of society in all its facets. These goals can be achieved without state sanctioned violence and in ways that uphold the sanctity of life and assert that God, the giver of life, is its true steward. The records of other states without the death penalty offer us assurance and examples of how this can be accomplished. We support repeal of the death penalty because it serves no necessary purpose in our state and undermines the moral authority of our government. This would also lend assurance that innocent persons wrongly convicted, as has happened in some states, may be exonerated. We call for a system of justice and reconciliation that is worthy of the values of the people of South Dakota. These include both being realistic about the dangers that exist and confident about the ability to protect life in all its phases. We offer this statement knowing that whatever we do or fail to do, each of us, saint and sinner, will ultimately be subject to God who is the final judge and who will dispense justice with mercy."