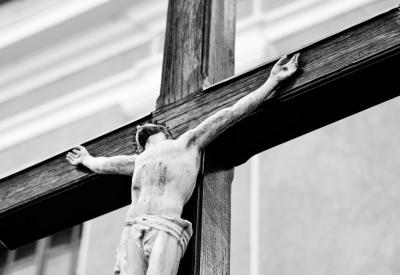 The resuming of federal executions, scheduled from July 13 to August 28, to be carried out in Terre Haute, Indiana, falls within the Archdiocese of Indianapolis.  As such, the supreme law of the Church, the salvation of souls, demands that I speak out on this very grave matter at hand.  We offer our sincerest prayers for the murder victims and their loved ones.  The suffering and sorrow that family and friends of such victims have experienced is heartbreaking.  We must do what we can to help them heal from the deep and personal wounds they have suffered.

In accordance with the revision of paragraph 2267 of the Catechism of the Catholic Church, as promulgated by Pope Francis, “the death penalty is inadmissible because it is an attack on the inviolability and dignity of the person.”  The basis of this revision is consistent with the teachings of the last three popes—namely, Pope St. John Paul II, Pope-emeritus Benedict XVI and Pope Francis.  The Church has consistently held up the dignity of the person and sacredness of life from the moment of conception to natural death.

The Church’s teaching on the moral inadmissibility of the death penalty is not meant in any way to condone criminal behavior and despicable acts of evil violence.  Rather, underlying Catholic teaching on this particular matter is grave concern for the care of souls of all involved--including the judge, jury, prison personnel, families of these officials and society itself.  Taking the life of any human being, even one who is guilty of grave crimes against humanity, weighs on the conscience of both individuals and society as a whole.

Since the pontificate of Pope St. John Paul II, it has been the Catholic position that today’s prison system is quite adequate to protect society from inmates escaping or being unlawfully set free.  Keeping in mind the fate of the so-called good thief traditionally known as Dismas, hanging on the cross next to Jesus, the Church has long held the belief in conversion as a lifelong process that remains a possibility for each and every person until the final moment of death.

Certainly, the grave criminal acts for which those on “death row” have been found guilty of committing can never be overlooked, diminished or forgotten.  For the welfare of the common good, anyone who commits such crimes must not be allowed to return to society.  Yet, humanity cannot allow the violent act of an individual to cause other members of humanity to react in violence.  The taking of life, no matter how “sanitary” or “humane”, is always an act of violence.  While the Church is certainly concerned with the soul of every person, including those on death row, I make this plea against the death penalty out of ultimate concern for the eternal soul of humanity.

Together, let us seek the intercession of Blessed Virgin Mary, as we pray for divine grace of wisdom and perseverance in carrying forth the gospel of life in the name and mission of Jesus Christ our Savior.  In Him, may we seek to glorify God, the author of all life.