They killed her husband. Her mercy saved their lives.

Originally published by the Jesuit Conference of Canada and the United States.

The men — 19-year-old Ralph Kelly and brothers Ralph and Wade Hanford, 22 and 38 years old respectively — murdered a sheriff and a policeman in the early morning of December 7, 1938, in rural Alamance County.

The cops surprised them as they were breaking into a gas station, and within a minute three men were dead: Patrolman Sonnie Vaughn, Sheriff M. P. Robertson, and one of the burglars, Roy Huffman. 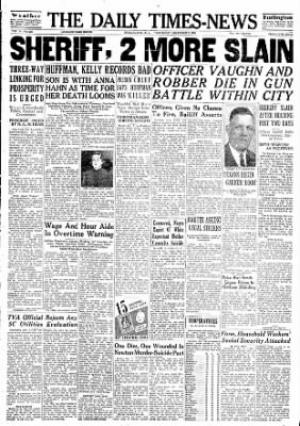 The Hanfords and Kelly ran, but they were quickly apprehended, tried, and unanimously sentenced to death. Now, their appeals had all failed, and they awaited eternity, which was less than two hours away.

They had spent the day in prayer and despair with crying relatives. They were changing into new “death day” suits when suddenly the phone rang. It was the governor and the news was spectacular: he commuted their death sentences.

The local newspaper recorded the Hanfords’ responses. Ralph’s was one of disbelief. Wade’s was one of profound gratitude: “I have lived a miserable, sinful life, but no matter how long I stay here, I’m going to be faithful to God.”

Wade was paroled a few years later, got married, and settled into a respectable family life. He kept his promise — he stayed out of trouble. He got a chance to change his life and make it more than a short tragedy defined by the worst thing he ever did.

The other pardoned men had families and also lived full lives. All thanks to a call.

What could have inspired this pardon call on that Wednesday in 1940? Not evidence of innocence; there were eyewitnesses, and one of their friends testified against the trio to avoid the gas chamber himself.

Neither could it have been that the governor had qualms with capital punishment. The previous week he refused to commute the sentence of a 17-year-old convicted of rape.

In his decree of clemency, he explained the major factor for his decision: he received a petition, signed by 8,000 men, and it was so unusual that it tipped the balance for him. Among the signatories were the mayor, the county commissioners, the chief of police, all 12 trial jurors and even the trial judge.

Even more incredible, although perhaps unknown to the governor, was the very first signature. In Palmer Method cursive it read, “Florence Vaughn.”

The first person to sign, and the catalyst for the petition which prompted the pardon, was the widow of the murdered patrolman — my great-grandmother.

Florence was a quiet and unassuming woman. Every Sunday she climbed the stairs of Glen Hope Baptist Church to sit in the balcony, hidden away in the back of the church.

She became Christian at a young age and remained devout and devoted for her entire life. Her husband, the murdered patrolman, was — not.

A womanizer, drinker, and a violent man, she tried to win him over with her gentleness, but he died before she prevailed. His death sent her into financial ruin for the remainder of her life.

Additionally, due to my great-grandfather’s indiscretions, she was burdened with spiritual and psychological suffering over the fate of his eternal soul. She lived the rest of her life alone in a small house where she had only the bare essentials.

In court records, during the sentencing phase of the trial, Florence politely and meekly requested that they not be put to death before an emotional courtroom. She asked the judge and jury for forgiveness of them all.

Unfortunately, the hands of both were tied; killing an officer of the law in the course of his duty was a capital offense in the original sense.

Florence was not content to leave the matter there. When the defense proposed a petition for clemency, she was the first to sign. The power of her holiness moved everyone who heard, and it was only after she signed that the judge and jury dared to.

Despising the spotlight, she sank back into the background and never spoke of it again: Jesus knew what she had done and that was enough.

Mercy gives life. Because of my great-grandmother, there are descendants of men alive today that would never have been had she chosen to continue the cycle of violence and retribution.

Mercy inspires and calls people to greatness and repentance, because it is the greatest act of faith that we can bestow in the humanity of others who hurt us.

Florence would not want to be in the spotlight, but she should be. By her intercession may we end the gruesome practice of capital punishment in this nation, and by her example may all people of good will make it so. Amen. 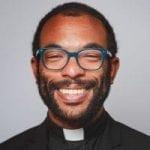 Christopher Smith, SJ, is a Jesuit scholastic who is currently teaching science at Gonzaga College High School in Washington, D.C.

"I was eleven years old when my dad was shot and killed during the robbery of our family business."