Like many other women on death row, Lisa’s trauma from physical, psychological, and sexual violence permeated every aspect of her life: it limited her ability to function in society, made her susceptible to crime, prejudiced her legal proceedings, and led to her death sentence.

In 2004, in the grip of a psychotic break, Lisa killed pregnant 23-year-old Bobbie Jo Stinnett and took the unborn baby.

As we commemorate World Day Against the Death Penalty and honor this year’s theme, "Women and the death penalty: An Invisible Reality," it is necessary to reflect on the role of trauma in cases like Lisa’s, and how it plays an outsized role in landing people like her on death row.

Trauma affects every stage of a woman's exposure to the criminal justice process, from arrest to incarceration or execution. Survivors often suffer steep credibility discounts.

Trauma makes women more susceptible to police pressure during interrogation, creating a higher risk for false confessions. Symptoms of trauma and related conditions tend to produce memory lapses, resulting in non-linear or inconsistent storytelling. Survivors of violence may exhibit symptoms of post-traumatic stress such as hysteria, anger, or numbness in the courtroom.

Instead of recognizing these behaviors as evidence of trauma, untrained judges and prosecutors, unfamiliar with its effects, weaponize a woman's demeanor, inconsistent testimony, or confession to cast her as untrustworthy, unremorseful, and guilty. These tactics heighten the risk of wrongful convictions and hyper-punitive sentences.

The legal system’s failure to account for women’s experiences of gender-based violence is often coupled with gender discrimination. Prosecutors weaponize gendered stereotypes of women involving motherhood and promiscuity to push narratives of guilt. Prosecutors often rely on traditional ideas of how a woman should behave, look, or act to help make their case.

In Lisa’s case, the prosecutor presented testimony that faulted Lisa as a mother, criticizing her inability to cook, clean, and provide transportation for her children. The prosecutor deemed any evidence of the violence she experienced as “the abuse excuse.”

In many ways, Lisa’s case epitomized the destructive force of a court system that is not trauma-informed.

During Lisa’s trial, her attorneys failed to provide critical evidence and details of her abuse. They failed to object to the prosecutor’s weaponization of Lisa’s motherhood. They failed to explain to the judge and jury or present expert testimony on how her trauma affected her demeanor, mental health, crime, and incarceration.

As a result, the jury sentenced Lisa to death, while more than a dozen women nationwide who committed virtually identical crimes received reduced sentences.

Lisa’s case is not unique: gender discrimination routinely contributes to extreme sentences for women, including death and life without parole. Without gender-sensitive training and resources to enable trauma-informed legal proceedings, women around the world will continue to receive unjust convictions and sentences. 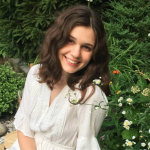 As a student in Cornell Law School’s International Human Rights Clinic, Gabriela (Gaby) Markolovic helped to represent Lisa Montgomery in her petition to the Inter-American Commission on Human Rights. Gaby currently serves a legal fellow for the Cornell Center on the Death Penalty Worldwide and Justice 360.