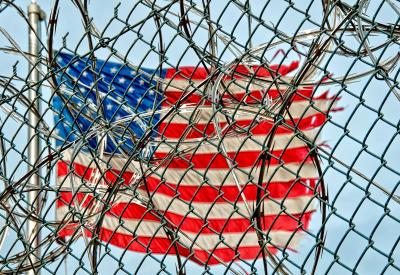 WASHINGTON – Following the U.S. Attorney General’s decision to set new federal execution dates for four federal death row inmates beginning July 13, 2020, and the decision by the Supreme Court of the United States declining to hear their appeal, Archbishop Paul S. Coakley of Oklahoma City, chairman of the U.S. Conference of Catholic Bishops’ (USCCB) Committee on Domestic Justice and Human Development, called on the Administration to reverse course on presiding over federal executions for the first time in 17 years.

“Now that the Supreme Court has declined to hear the appeals of four federal death row inmates and the Justice Department has set new execution dates beginning July 13, I reiterate the call made last July for the Administration to reverse course.

“As articulated to the Supreme Court in another case earlier this year, the bishops have been calling for an end to the death penalty for decades. Pope St. John Paul II, Pope Benedict XVI, and Pope Francis have all called for an end to the death penalty around the world. As Pope Francis articulated through the Catechism of the Catholic Church, the death penalty is unacceptable as an affront to the Gospel and to respect for human life. At their June 2019 meeting, the Catholic bishops of the United States voted overwhelmingly in affirmation of this position.

“Two of my brother bishops and I wrote  last year: ‘To oppose the death penalty is not to be “soft on crime.” Rather, it is to be strong on the dignity of life.’ To this end, I implore Attorney General Barr and President Trump to abandon this path to preside over the first federal executions in 17 years.”