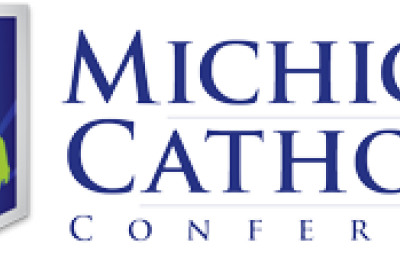 In 1999, the Catholic Conference of Michigan, in a strongly worded statement, expressed their definitive stance against capital punishment. A portion of the text is the following:

"For more than twenty years, the Michigan Catholic Conference, the voice of the Catholic Church in Michigan in matters of public policy, has opposed efforts to institute the death penalty in our state. This position has always been one linked to the Church’s respect for human life in its diversity of circumstances—born and unborn, rich and poor, young and old. All human beings, as we are told in Scripture, are made. Thus human life is to be protected and nurtured and never directly attacked.

On the issue of capital punishment, as with abortion, assisted suicide, and euthanasia, the Church today stands against the use of lethal means to solve social problems.

We believe that a principled and consistent rejection of death-dealing as a policy instrument is required to uphold the dignity of human persons and the value of human life. Such a position does not ignore the reality of human sinfulness in the world; on the contrary, we recognize that, given human sinfulness and selective compassion, lethal means will appeal to some people as a solution to one or another social problem, be it those of unwanted pregnancies, burdensome patients or remorseless killers.

Such solutions, in our view, are illusory and false. Our century has seen too many people killed in “improving” society for us to accept lethal means as anything but a failure of human compassion and imagination that solves nothing.

As religious leaders, we believe it to be our obligation to invite Catholics to become informed about the Church’s position opposing the death penalty, to reflect upon and discuss with others the reasons behind this position in an open and charitable spirit, and to act in a fashion that upholds the truth that human life, as a priceless gift from God, is not to be diminished or wasted. Together may we come to practice the forgiveness and compassion that Jesus urged upon us, and to choose the path of life over the ways of death."