USCCB President has written a letter to every U.S. senator urging them to not to make support for Roe v. Wade into a "litmus test" for judicial nominees 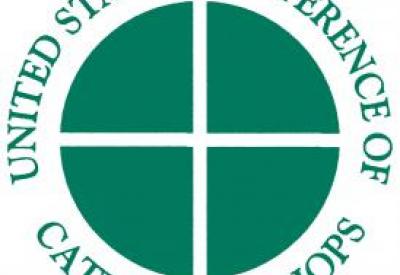 Dear Senator,
As you begin your deliberations about the upcoming vacancy on the Supreme Court, we write to express our concern that abortion advocacy groups, and even some U.S. senators, are urging the Senate to reject any nominee who is presumed to oppose Roe v. Wade.
To be clear, the United States Conference of Catholic Bishops does not support or oppose confirmation of particular presidential nominees.  Nonetheless, we have grave concerns about the confirmation process which is being grossly distorted by efforts to subject judicial nominees to a litmus test of support for Roe, as though nominees who oppose the purposeful taking of innocent human life are somehow unfit for judicial office in the United States.
By any measure, support for Roe is an impoverished standard for assessing judicial ability. For forty-five years, Roe has sparked more informed criticism and public resistance than any other court decision of the late 20th century.  For example:

If a Supreme Court ruling was wrongly decided, is widely rejected as morally flawed and socially
harmful, and is seen even by many supporters as having little basis in the Constitution, these are very good reasons not to use it as a litmus test for future judges. Further, nominees’ faith should not be used as a proxy for their views on Roe. Any religious test for public office is both unjust and unconstitutional.
There is no doubt that the Catholic Church stands out for its commitment to the right to life from conception until natural death. This ethic has profound consequences not only for abortion, but for many other areas of life, including the death penalty, the application of scientific research to human subjects, the right to adequate health care, and the role of the state in promoting the common good. Our civil society will be all the poorer if Senators, as a matter of practice, reject well-qualified judicial nominees whose consciences have been formed in this ethic.
We pray that God will bless you as you work to ensure that federal judges are persons of integrity and good character who will interpret the law with fairness, objectivity and respect for the rights of all, born and unborn.