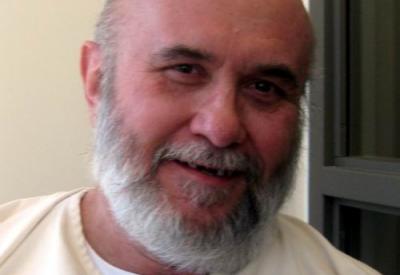 After 34 years on death row, Edmund Zagorski was scheduled to be executed on Thursday, October 11, 2018 in Tennessee for robbing and murdering John Dale Dotson and Jimmy Porter.

However, on Wednesday, October 10th the 6th U.S. Circuit Court of Appeals granted a stay for Mr. Zagorski due to concerns of inadequate representation.

The U.S. Supreme Court rejected the challenge of Tennessee's lethal injection protocol and lifted the stay of execution that the lower court had ordered earlier that Wednesday on the basis of inadequate counsel.

The rulings were issued Thursday evening after Gov. Bill Haslam had already granted a 10-day reprieve earlier that day in order to allow time for the state to prepare for an execution by electric chair.

The 10-day reprieve expired October 21st, and Edmund Zagorksi was given a new execution date of November 1st, 2018. He will be executed by electric chair.

During his time on death row, Mr. Zagorski has never been written up for any behavioral issues and has completely rehabilitated himself, according to his attorney.

Jurors from his trial, correctional staff, and the wife of one of the victims have indicated they believe a life sentence without parole would be more suitable and warranted for Mr. Zagorski. Furthermore, the death sentence in this case is disproportional considering similar cases in Tennessee.

Catholic Mobilizing Network calls on all people of goodwill to oppose this action. Advocate for clemency for Edmund Zagorski sending a letter to Governor Haslam.

Don Edward Johnson is scheduled to be executed on May 16, 2019 in Tennessee for the murder of his wife, Connie Johnson. This is in spite of the recent controversy surrounding objections to the use of lethal injections for the prolonged and painful deaths they cause. Additionally, Johnson's recent petition to compel testing of biological evidence following the Post-Conviction DNA Analysis Act of 2001 has been denied by the post-conviction court.