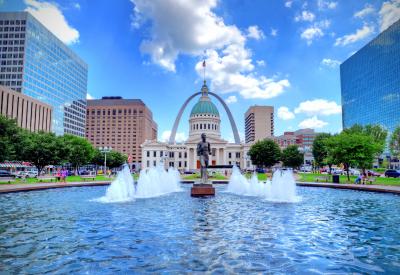 Calling all Catholics in Missouri! Please join Catholic Mobilizing Network and Missourians for Alternatives to the Death Penalty for a one-hour webinar on August 16 to learn how you can help in the efforts to end Missouri’s death penalty.

Participants will hear from a variety of voices on the brokenness of Missouri’s death penalty, including Joe Amrine — who spent seventeen years on Missouri’s death row for a crime he did not commit — and the Most Reverend Mark Rivituso and the Most Reverend William Shawn McKnight, who will share how the Catholic faith invites us to work for an end to the death penalty and the dignity of all people.

This webinar will take place via Zoom conference. Zoom details will be sent to the email with which you register.

Joe Amrine was sentenced to death in 1986 for the murder of a fellow prison inmate, Gary Barber, and spent seventeen years of his life on Missouri’s death row. Joe maintained his innocence, and investigators were never able to provide any physical evidence linking Joe to the crime. Joe was convicted mainly because of the testimony of fellow inmates, three of whom later recanted their testimony, admitting that they lied in exchange for protection. The Missouri Supreme Court originally ordered Joe’s release in April of 2003, citing the alarming fact that there was no credible evidence to uphold the conviction or the death sentence. Joe’s release was postponed, however, when Prosecutor Bill Tracket filed amended murder charges against Joe to conduct DNA tests on blood stains found on the pants Joe wore the day of Barber’s death. DNA tests were inconclusive, and on July 28, 2003, prosecutor Bill Tackett announced that he would not seek a new trial for Joe and that he would be released. While on death row, Joe had selected music for a funeral service scheduled to follow his lethal injection. 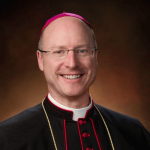 The Most Reverend W. Shawn McKnight was ordained a priest for the Diocese of Wichita on May 28, 1994. Bishop McKnight served as chaplain at Newman University in Wichita from 2000 to 2001, where at the same time he was an adjunct professor of theology and visiting scholar at the university’s Bishop Gerber Institute of Catholic Studies. He later taught liturgy and homiletics at the Pontifical College Josephinum seminary from 2003 to 2008, where he also served as director of liturgy, dean of students, director of formation in the school of theology, and vice-president for development and alumni relations. From 2010 to 2016, he served in Washington, D.C., as executive director of the U.S. Conference of Catholic Bishops’ (USCCB) Secretariat for Clergy, Consecrated Life and Vocations. He was ordained the fourth bishop of the Catholic Diocese of Jefferson City, Missouri on February 6, 2018. 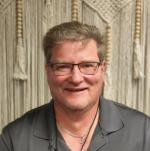 Elyse Max joined Missourians for Alternatives to the Death Penalty in 2018 after leaving a decade-long career in Higher Education, where her work focused on education for those most marginalized in society, including; refugees and immigrants, people who are incarcerated, and individuals impacted by the criminal legal system. Elyse became the executive director at Missourians for Alternatives to the Death Penalty on October 1, 2019, the day Missouri executed Russell Bucklew. As executive director, she works to amplify those most impacted by the death penalty and mass incarceration. She believes that ending the death penalty will promote non-violence in local communities and that murder is never an appropriate state response. 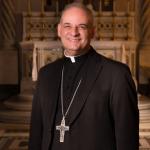 The Most Reverend Mark Rivituso has served as an auxiliary bishop for the Archdiocese of St. Louis in Missouri since 2017.

This event is co-sponsored by Catholic Mobilizing Network, Missourians for Alternatives to the Death Penalty, the Missouri Catholic Conference, and the Archdiocese of St. Louis.