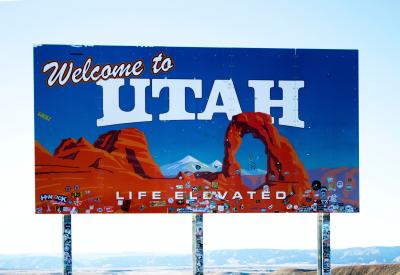 UTAH CATHOLICS: Did you know Utah could be the next state to abolish the death penalty?

Catholic Mobilizing Network and the Catholic Diocese of Salt Lake City hosted a webinar on Thursday, Jan. 20 to discuss timely opportunities for Catholics to advance death penalty abolition in Utah. 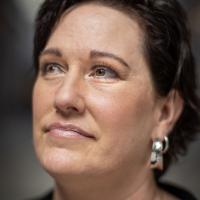 Sharon Wright Weeks is the younger sister of Brenda Wright Lafferty and the aunt of Erica Lane Lafferty who were both brutally murdered in their American Fork, Utah home on July 24, 1984 by her husband's older brothers. Brenda was 24 and Erica was 15 months old. In 1985 their family received and accepted the justice that the Utah courts decided: one of the men would serve two consecutive life sentences and the other received a death sentence.

Because of the latter sentence and Sharon's personal 37 years of experience inside that sentence, she has become an outspoken advocate for abolishing capital punishment.

"Everything I do is on behalf of my family," Sharon says. "Brenda was a warrior and stood for those who had difficulty standing for themselves. They are why I share our experience. My goal is to save the next family from the suffering that a death penalty compounds."

Sharon lives in St. George, Utah with her husband, Dave. They have four grown daughters and two beautiful grandchildren. 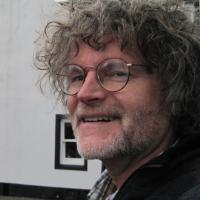 As a prosecutor in Utah, Creighton Horton was once a supporter of the death penalty. Eventually, he came to believe that capital punishment causes more harm than good to families of murder victims.

For more than 30 years, Horton worked for the Salt Lake District Attorney’s Office and then the Utah Attorney General’s Office. During his career, he handled some of the most high-profile cases of the day, proposed and lobbied for legislation to improve the criminal justice system, and became actively involved in the innocence movement, working to help prevent and rectify wrongful convictions.

WEBINAR: The Dos and Don’ts of Accompanying Victim-Survivors Through a Restorative Process

On Tuesday, April 26, join CMN, murder victims' family members, and crime victim advocates for a discussion of victim-survivor accompaniment in honor of National Crime Victims' Rights Week. Together, we will unpack the many ways that Catholic parish and ministry leaders can support victims and survivors of crime through meaningful processes that repair harm and honor the human dignity of all involved.  FEATURED RESOURCE: Dos and Don'ts For Accompanying Victim-Survivors Through a Restorative Process Event Recording

Learn more about the current landscape of the federal death penalty and how Catholics can help prevent a future federal execution spree.

WEBINAR: Five Lessons From Restorative Practices for the Synod on Synodality

Learn more about the historic Synod on Synodality and how restorative practices can enrich the listening processes taking place in Catholic parishes and dioceses nationwide.

How to Bring Restorative Justice to Your Parish or Ministry: A Four-Part Webinar Series