These following one-page resources outline the history of Catholic opposition to the death penalty and our failed system of capital punishment in the U.S. 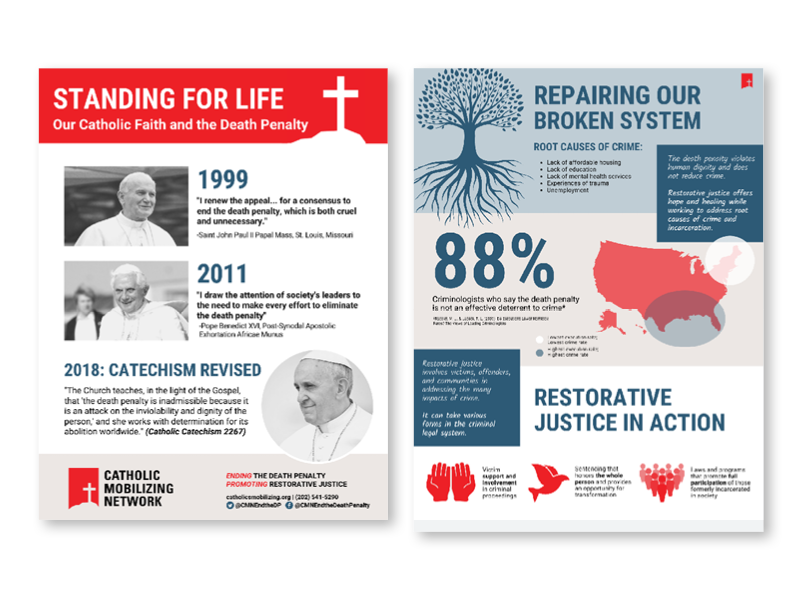 Standing for Life: Our Catholic Faith and the Death Penalty 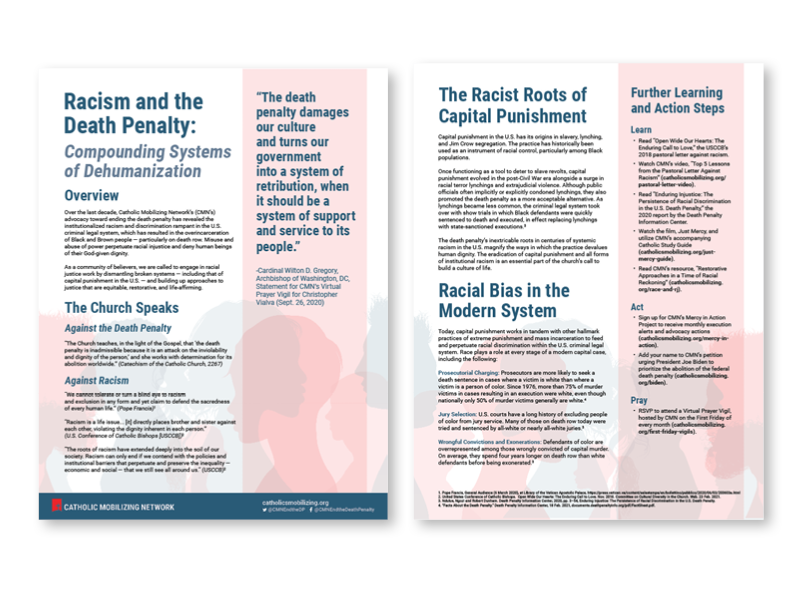 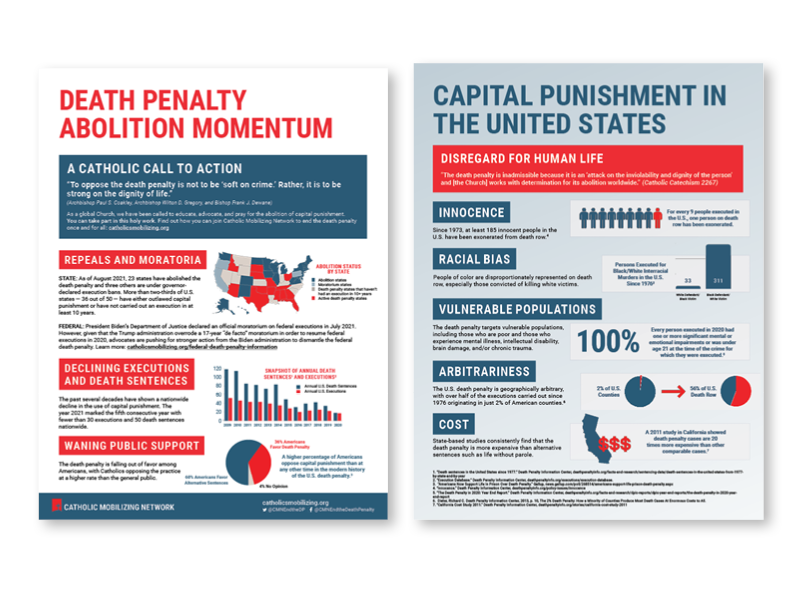 Capital Punishment in the U.S. and Momentum Toward Abolition 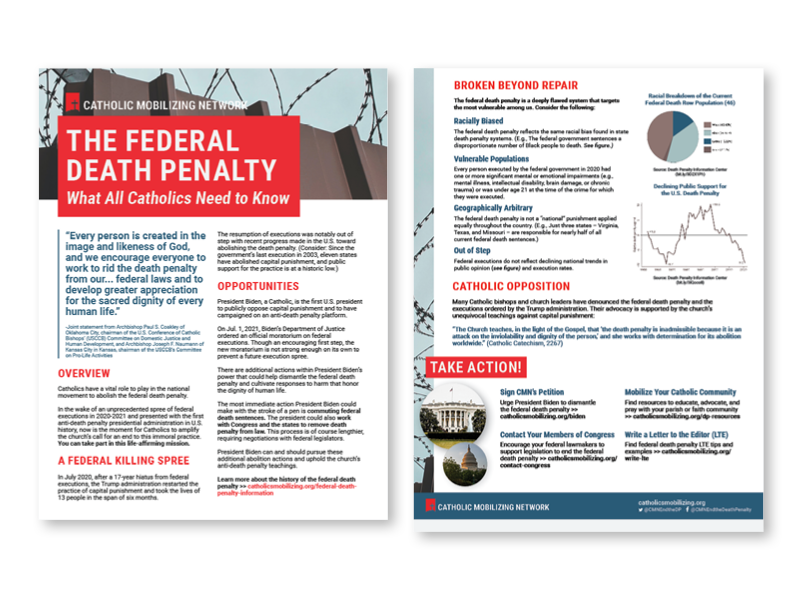 The Federal Death Penalty: What All Catholics Need to Know

Catholics have a vital role to play in efforts to abolish the federal death penalty. Find out how you can take action. 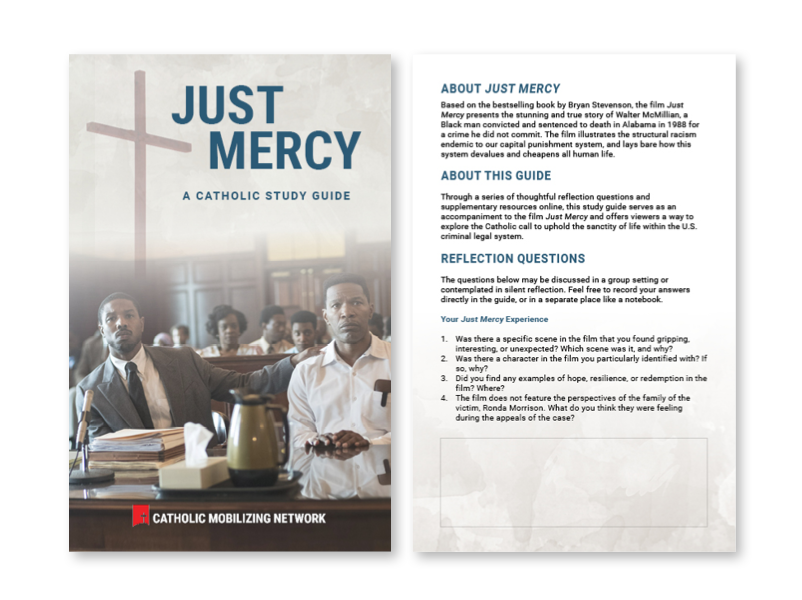 Based on the bestselling book, Just Mercy presents the stunning true story of Walter McMillian, a Black man wrongly convicted and sentenced to death in 1980s Alabama. Use CMN's Catholic study guide for reflection questions, prayers, and supplementary resources related to the film.