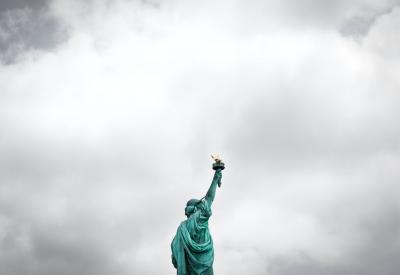 (Washington, D.C.) A new petition launched Monday by Catholic Mobilizing Network calls on President-elect Joseph Biden to prioritize an end to the federal death penalty as he prepares to take office on Jan. 20, 2021.

The petition was initiated on the eve of a new wave of lethal injections by the Trump administration, the last of which falls five days before the end of this presidential term. Three individuals — Lisa Montgomery, Corey Johnson, and Dustin Higgs — are scheduled for execution this week, all of whom exhibit signs of one or more significant mental or emotional impairments.

“After 6 months of needless death from what will soon amount to 13 executions, the Trump administration has driven home why an end to the federal death penalty is so urgently needed,” said Krisanne Vaillancourt Murphy, Executive Director of CMN.

Citing the Catholic Catechism, the national petition urges the incoming administration to “uphold the sacred dignity of every person” and make good on its promises to dismantle the federal death penalty system. It names several possible avenues toward abolition that the president-elect could pursue, including declaring an official moratorium on federal executions, commuting the death sentences of all those currently on the federal death row, and advocating to end the death penalty in law.

“Ending the death penalty will take courage and political will, especially in these challenging and divided times in our country,” said Vaillancourt Murphy.

For months, Church leaders have loudly opposed the Trump administration’s backslide into federal executions. On Jan. 6, CMN and Georgetown University’s Initiative on Catholic Social Thought and Public Life co-sponsored a virtual public dialogue on the matter. In addition to Vaillancourt Murphy, the panel featured Bishop Daniel Flores of Brownsville, Texas, chair-elect of the Committee on Doctrine of the U.S. Conference of Catholic Bishops; Sr. Helen Prejean, CSJ, renowned anti-death penalty advocate and author; and Rev. Dr. Jack Sullivan, Jr., Executive Director of the Ohio Council of Churches and the brother of a murder victim.

Speaking about a throwaway culture, Bishop Flores said, “we let people die or we kill people, in the death penalty’s case, to solve problems. And the Church is simply saying: Enough blood. Stop."

“The incoming Biden administration can and must take concrete action to end the federal death penalty. Strong, mobilized, and persistent advocacy of people of faith can encourage that progress,” said Vaillancourt Murphy.

“Our nation has suffered enough death and destruction. On the threshold of a new administration, let us now imagine new responses to harm that break cycles of violence and honor the God-given dignity of all.”