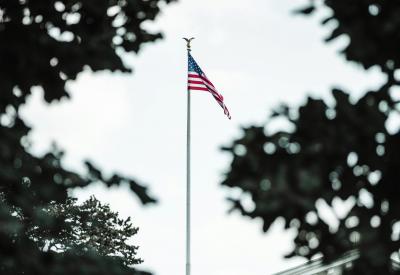 (Washington, DC) The federal government took the life of Daniel Lewis Lee Tuesday morning in what became the United States’ first federal execution in 17 years. He was pronounced dead at 8:07 am EDT.

“By all measures, this execution was unnecessary and avoidable,” said Krisanne Vaillancourt Murphy, Executive Director of Catholic Mobilizing Network, the national Catholic organization working to end the death penalty and promote restorative justice. “The federal government relentlessly plotted its course to execute Daniel Lee despite a historic decline in public support for the death penalty, clear opposition by the victims’ family, unwavering Catholic opposition to the restart of federal executions, and an unyielding global pandemic which has already taken more than 135,000 American lives.”

The Department of Justice first announced its plan to resume federal executions in July 2019, launching a barrage of legal challenges. Even during Mr. Lee’s execution, legal concerns remained regarding the federal government’s lethal injection protocol and COVID-19 infection risks.

“What justice was served here?” asked Vaillancourt Murphy. “In restarting the practice of state-sanctioned executions, our federal leaders have demonstrated the pro-life values they profess are flimsy, performative, and wholly inconsistent.”

The Catechism of the Catholic Church states that “the dignity of the person is not lost even after the commission of very serious crimes” (CCC 2267). It goes on to call the death penalty “inadmissible” in all cases “because it is an attack on the inviolability and dignity of the person.”

“On this profoundly sad day, we lament the wrong-headed return of federal executions,” said Vaillancourt Murphy. “Despite the horrific action this morning, we know all life is sacred, and every person has dignity.”

Two additional federal executions are scheduled for July 15 and 17, with a fourth to follow in the month of August.