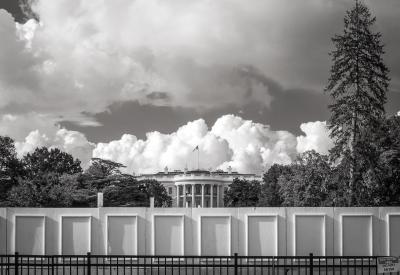 “Should these executions go through, the federal government will have managed to take the lives of 10 men in the span of six months — what would previously have been thought an unfathomable undertaking,” commented Krisanne Vaillancourt Murphy, Executive Director of Catholic Mobilizing Network. “The vengeance of this administration has proven itself utterly insatiable.”

The Trump administration restarted federal executions in July 2020, following a 17-year hiatus from the practice. Since then, the Department of Justice has ordered the executions of eight individuals over the span of six months. No U.S. state has conducted an execution in that time.

On Nov. 19, Orlando Hall became the first person executed during a presidential lame duck period in more than a century. There are five more lame-duck executions currently scheduled between now and Inauguration Day.

CMN will host two Virtual Prayer Vigils this week on the afternoons of each scheduled execution. Past CMN vigils have featured Church leaders including Archbishop Paul S. Coakley of Oklahoma City, chairman of the U.S. Conference of Catholic Bishops Committee on Domestic Justice and Human Development, Cardinal Daniel DiNardo of Galveston-Houston, Cardinal Wilton D. Gregory of Washington, and Archbishop Joseph F. Naumann of Kansas City in Kansas, chairman of the USCCB’s Committee on Pro-Life Activities.

The USCCB has been firm in its opposition to the resumption of federal executions. On Dec. 7, Archbishop Coakley and Archbishop Naumann issued the latest in a series of public statements urging President Trump and Attorney General Barr to “stop these executions.”

Throughout 2020, more than 6,000 individuals signed CMN’s National Catholic Petition Against Federal Executions and over 1,000 faith leaders across an array of religious traditions signed a joint statement to President Donald Trump and Attorney General William Barr urging them to halt the resumption of executions.

“Pope Francis has been tireless in denouncing the death penalty, including in his latest encyclical, Fratelli Tutti, where he says ‘There can be no stepping back from this position,’” said Vaillancourt Murphy. “It is baffling that during this season of Advent, with its promise of Christ’s peace and restoration for all humanity, the Trump administration would move to ramp up executions.”

“We are soon to be in double-digit executions; has the president no mercy or shame?”