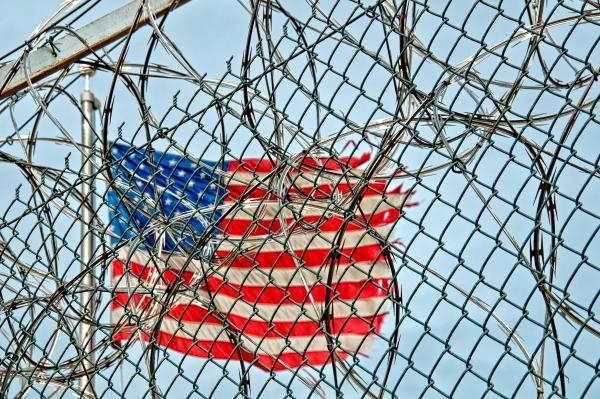 (Washington, DC) On Wednesday evening, the federal government executed Lezmond Mitchell, the only Native American on the federal death row, despite vocal opposition from the Navajo Nation.

“Like the Catholic Church, the Navajo Nation upholds a belief in the sanctity of human life. It is this belief which grounds both traditions’ opposition to the execution of Lezmond Mitchell and the use of capital punishment more broadly,” commented Krisanne Vaillancourt Murphy, Executive Director of Catholic Mobilizing Network, the national Catholic organization working to end the death penalty and promote restorative justice. “As Catholics, we stand with our Native American brothers and sisters in mourning this unnecessary loss of life and attack on human dignity.”

Lezmond Mitchell and his co-defendant, Johnny Orsinger, were convicted in 2003 for the brutal  killing of Alyce Slim, 63, and her 9-year-old granddaughter, Tiffany Lee. The crime was committed on Native American territory, which, under the Federal Death Penalty Act, should have made a murder case subject to Native approval before any death sentence could be sought. Despite this, the federal government pursued a death sentence for Mr. Mitchell, trying him for carjacking resulting in death — a federal offense that did not depend on the crime occurring on tribal land.

CMN held a Virtual Prayer Vigil Wednesday afternoon during which hundreds of Catholics and people of goodwill prayed for Mr. Mitchell, his victims, their loved ones, and all those impacted by this act of state-sanctioned violence. A family member of the victims participated in the vigil, which was co-led by Bishop James S. Wall of Gallup, New Mexico — the diocese where Mr. Mitchell’s crime was committed — who also serves as the current Chairman of the USCCB Office of Native American Affairs.

"God is the author and giver of all human life, and we're called to be good stewards of that life," the bishop told Catholic News Agency in advance of Mr. Mitchell’s execution. “Humanity cannot allow the violent act of an individual to cause other members of humanity to react in violence.”

The execution of Mr. Mitchell marks the fourth in a string of executions carried out by the Trump Administration amid its relentless campaign to restart the practice of capital punishment after a 17-year hiatus. Three men were executed over the span of four days in July, and the federal execution of Keith Dwayne Nelson is set for Friday, Aug. 28.