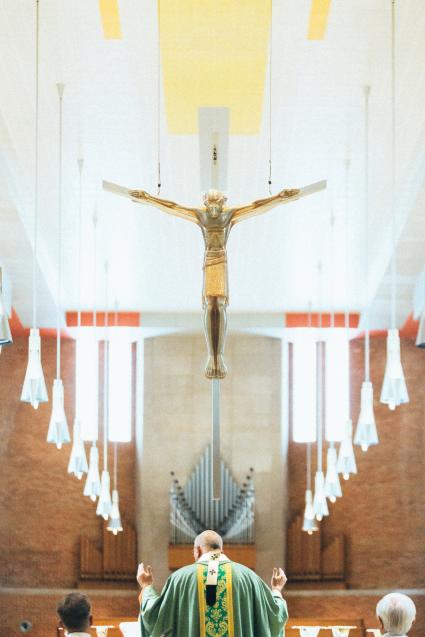 (Washington, D.C.) More than 1,000 faith leaders from across an array of religious traditions have signed a joint statement to President Donald Trump and Attorney General William Barr urging them to halt the four federal executions scheduled for July and August. If carried out, the executions would be the first federal executions to occur in 17 years.

As faith leaders from a diverse range of traditions, we call on President Trump and Attorney General Barr to stop the scheduled federal executions. As our country grapples with the COVID 19 pandemic, an economic crisis, and systemic racism in the criminal legal system, we should be focused on protecting and preserving life, not carrying out executions.

Bishop Richard Pates, the Apostolic Administrator of the Joliet Diocese in Illinois, who signed the statement added, “The Church believes that just and necessary punishment must never exclude the dimension of hope and the goal of rehabilitation. Executions only perpetuate a deeply flawed and broken system that is counter to the Gospel call to honor the dignity of all human life.”

“As an Evangelical, I am heartbroken to see our country return to killing its citizens. We have seen so much death in recent months and people are hurting. Restarting executions during a pandemic should be the farthest thing from our minds.” Carlos Malave, Executive Director of Christian Churches Together.

Other religious leaders who have spoken out against federal executions include Archbishop Paul Coakley, USCCB Chairman of the Committee on Domestic Justice and Human Development, who recently stated, "To oppose the death penalty is not to be ‘soft on crime.’ Rather, it is to be strong on the dignity of life. To this end, I implore Attorney General Barr and President Trump to abandon this path to preside over the first federal executions in 17 years.”

Archbishop Charles C. Thompson from the Catholic Archdiocese of Indianapolis, which includes Terre Haute, Indiana, where the individuals on the federal death row are housed, also released a statement noting, “The taking of life, no matter how ‘sanitary’ or ‘humane’, is always an act of violence. While the Church is certainly concerned with the soul of every person, including those on death row, I make this plea against the death penalty out of ultimate concern for the eternal soul of humanity.”

The Catholic bishops of Iowa also released a statement urging President Trump to commute the sentences of those scheduled for execution this summer.

These faith leaders join thousands of Catholics of Catholics who have signed petitions, and more than 175 murder victims’ families and 150 judges, prosecutors, corrections officials, and law enforcement professionals in voicing their opposition to restarting federal executions.

“I am moved by the witness of the U.S. Catholic bishops, clergy, men and women religious, and people in the pews who are speaking out against the grievous restart of federal executions.” commented Krisanne Vaillancourt Murphy, Executive Director of Catholic Mobilizing Network. “Their faithful advocacy sets a powerful example of what it means to be uncompromising in the defense of human dignity and the sanctity of life.”

The government has scheduled the executions of Daniel Lee, Wesley Purkey, and Dustin Honken in rapid succession on July 13, 15, and 17, with the execution of Keith Nelson to follow on August 28. These executions were set despite serious concerns in these cases, including opposition to the death sentence from victims’ family members, impaired mental competency, compelling mitigation evidence that their juries never heard, religious freedom issues, and serious risks due to carrying out the executions during the COVID-19 pandemic.

Catholic Mobilizing Network is the national organization that mobilizes Catholics and all people of goodwill to value life over death, to end the death penalty, to transform the U.S. criminal justice system from punitive to restorative, and to build capacity in U.S. society to engage in restorative practices.