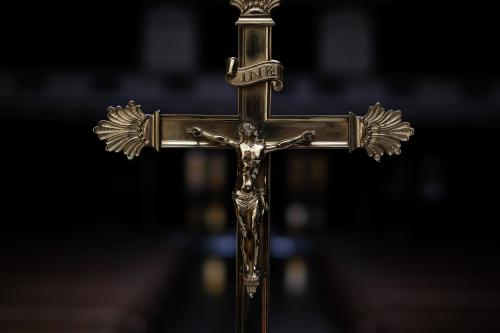 (Washington, D.C.) President Donald Trump made an appearance Monday on EWTN’s The World Over to talk about a variety of issues, including capital punishment. “I am totally in favor of the death penalty for heinous crimes,” he said — a sentence immediately followed by, “I am pro-life.”

It bears noting that the Catechism of the Catholic Church, as released by the Congregation for the Doctrine of the Faith and approved by the United States Conference of Catholic Bishops, speaks firmly about the Church’s opposition to capital punishment. Section 2267 of the Catholic Catechism affirms “the dignity of the person is not lost even after the commission of very serious crimes,” and “the death penalty is inadmissible because it is an attack on the inviolability and dignity of the person.”

“Pro-life values are meaningless when inconsistent,” commented Krisanne Vaillancourt Murphy, Executive Director of Catholic Mobilizing Network, the national Catholic organization working to end the death penalty and promote restorative justice. ”The Catholic Church opposes the death penalty in all circumstances and the U.S. bishops have actively worked towards its abolition in this country for decades. The death penalty is a life issue, regardless of how that might complicate one’s political agenda.”

The U.S. Department of Justice recently scheduled four federal executions to take place this summer, three of which are set to occur over a five-day span in July. If allowed to go through, these will be the first executions carried out by the federal government in 17 years. The legality of the government’s execution protocol is still being contested.

In response to the new execution dates, Catholic Mobilizing Network and abolition groups across the country launched a Joint Statement by Faith Leaders opposing the restart of federal executions. Signatures are still being collected.

"We cannot build a culture of life with a federal government bent on putting people to death,” commented Vaillancourt Murphy. “It is profoundly disheartening to see our federal government take such great pains to restart executions—a practice riddled with systemic failures like racial bias, arbitrariness, innocence, and more.”