Bishop Urges Governor Against Use of Death Penalty 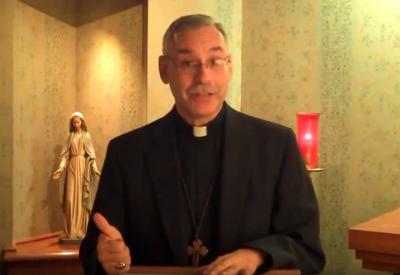 Bishop Anthony B. Taylor wrote the following letter to Gov. Asa Hutchinson March 1, asking him to halt the executions of eight men scheduled for April.

Pope John Paul II, whose courage and wisdom was evident even to many outside the Catholic Church, insisted repeatedly: “If bloodless means are sufficient to defend human lives against an aggressor and to protect public order and the safety of persons, public authority must limit itself to such means, because they better correspond to the concrete conditions of the common good and are more in conformity to the dignity of the human person” (Evangelium Vitae 56).

I know that Arkansas is not governed by the teaching of the Catholic Church, but the intrinsic, God-given dignity of the human person applies to everyone. Since the penal system of our state is well equipped to keep them incarcerated for the rest of their life (and thus protect society), we should limit ourselves to non-lethal means — hence this appeal to you. Moreover, if you are willing, I would like to request the opportunity to discuss this with you in person.

Apart from the issue of its incompatibility with respect for the God-given dignity of the human person, there are other practical reasons, of which I am sure you are aware, for not applying the death penalty:

1. It is not effective as a deterrent to crime — no criminal “expects” to be caught.
2. It is applied inconsistently — similar murders might get death in one county, but not in one nearby.
3. It has a negative impact even on the family of the victim — they don’t get the “closure” they expect.
4. Studies in state after state have shown that the death penalty is more costly than alternative sentences.
5. Mistakes are made — since 1973, 139 inmates on death row from 26 states have been exonerated after evidence of innocence was found. Moreover, DNA evidence exists in only 10 percent of criminal cases.
6. Over 90 percent of those on death row across the country were too poor to afford their own attorney.

I know as governor you feel responsible for fulfilling the law (the death penalty) but the law also puts the ultimate responsibility on your shoulders to follow a higher law, the divine law. As governor you have the power to commute these sentences to life without possibility of parole and so I appeal to you to do so — and not only out of concern for these eight men, but also out of concern for the damage that the death penalty does to all of us as a society.