Efforts to End the Death Penalty in Arizona 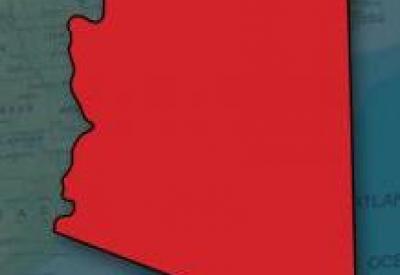 In 2012, Arizona executed six men, placing the state in a tie for second most executed individuals, behind Texas. Many in Arizona are seemingly unaware that our state is actively executing. It is our mission to replace Arizona’s death penalty with fair, victim-centered and cost-effective alternatives.

The legislature which convened in January 2013 had three bills in the Senate relating to the death penalty: one for the repeal of the death penalty, another for a ballot referendum, and a third for a moratorium. All three bills languished in committee due to a lack of hearing.

In an effort to motivate the chair of the Judiciary Committee to give these bills a hearing, we sponsored a petition which gained over 250 signatures. A local columnist wrote about our efforts and the efforts of the senators who had drawn up the bills. We presented our signatures to the Chair of the Judiciary Committee, and while he was unmoved, our action did put us in communication with Senator Ed Ableser, author of two of the bills.

With Senator Ableser’s encouragement and support, we were able to conduct a pseudo-hearing on the death penalty in Senate Hearing Room 1 in September 2013. Two senators and two House members sat on the dias. This bi-partisan panel heard from eight learned individuals who spoke representing both sides of the issue. It was the first discussion regarding capital punishment at the State Legislature since the death penalty was reinstated in 1976. Representative Ethan Orr, a Republican member of the panel, stated that it was the most profound hearing he had attending. It is a shame it was only a pseudo-hearing and not an actual hearing.

The 2014 legislative session also saw death penalty bills introduced in the House. Again, these bills died in committee due to a lack of hearing.

Recent botched executions have put a spotlight on problems with lethal injection. We had an opportunity to present our concerns to the National Association of the Boards of Pharmacy when they met in Phoenix in May.

We hold vigils on the eve of scheduled executions at the State Capitol. We will do so again, as the state plans to execute Joseph Wood on July 23.

This article was featured in CMN’s June 2013 Newsletter.