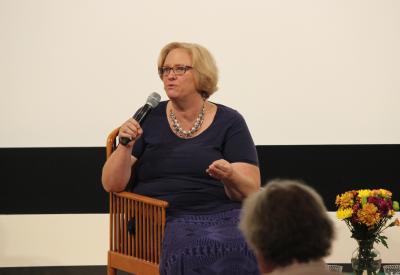 These were the words of Episcopal priest Alison DeFoe to Deacon Andy Grosmaire after his daughter Ann died of a gunshot wound from her boyfriend, Conor. It was the first time that Deacon Andy and his wife, Kate, had ever heard the term, though they had already forgiven Conor for his actions and wanted something good to come out of their terrible loss.

The Grosmaires were dismayed after Ann’s death, when the state prosecutor assured them that he "would be Ann’s advocate.” While they understood his words were well-intended, they also knew that within the context of the traditional criminal justice system, only they could be the ones to advocate for their daughter. And so they went searching for a process that would allow their voices to be heard.

For many people, it is a formative moment the first time they hear about restorative justice, a counter-cultural way of addressing harm that focuses on people and relationships that were violated, rather than solely the law that was broken. So formative, that like the Grosmaires, many can definitively recall when and how it occurred.

For those who have the opportunity to be part of a restorative practice like a peacemaking circle or victim-offender dialogue, the experience is transformational. As Kate writes in her book, Forgiving My Daughter’s Killer: A True Story of Loss, Faith and Unexpected Grace, the Grosmaires' Catholic faith and courage to forgive Conor set the stage for a restorative dialogue to take place. All those who were a part of it — Conor, his parents, the state attorney, and themselves — were changed as a result. 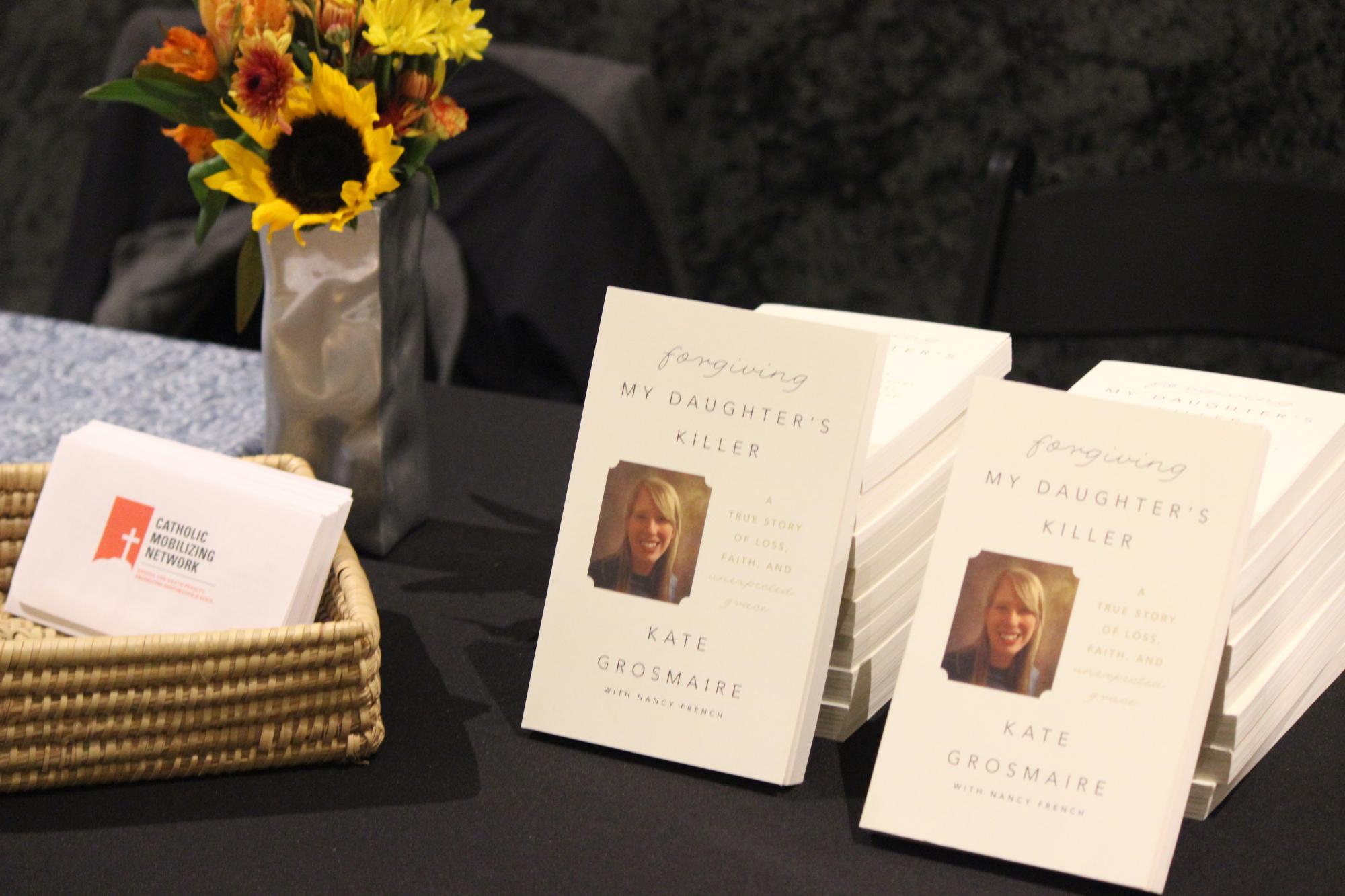 The Grosmaires' story has already touched the lives of many, from Kate’s book, to appearances at conferences and on the Today Show, as well as a feature in Catholic Mobilizing Network’s book, Redemption and Restoration: A Catholic Perspective on Restorative Justice. In November, CMN was honored to play a role in spreading their story even more widely through a 3-day speaking tour based in Washington, DC.

Traveling from the Diocese of Pensacola-Tallahassee, the Grosmaires started their tour at the Ignatian Family Teach-In for Justice, where Kate and Deacon Andy gave two workshops. High school and college students from across the country were eager to learn about the spiritual and practical aspects of their experience of restorative justice, including unexpected outcomes like Conor’s father revealing how his own anger may have shaped his son’s actions. These students brought Ann’s story with them to Capitol Hill the following Tuesday, where they advocated for bi-partisan comprehensive criminal justice reform, for which the President recently announced his support. 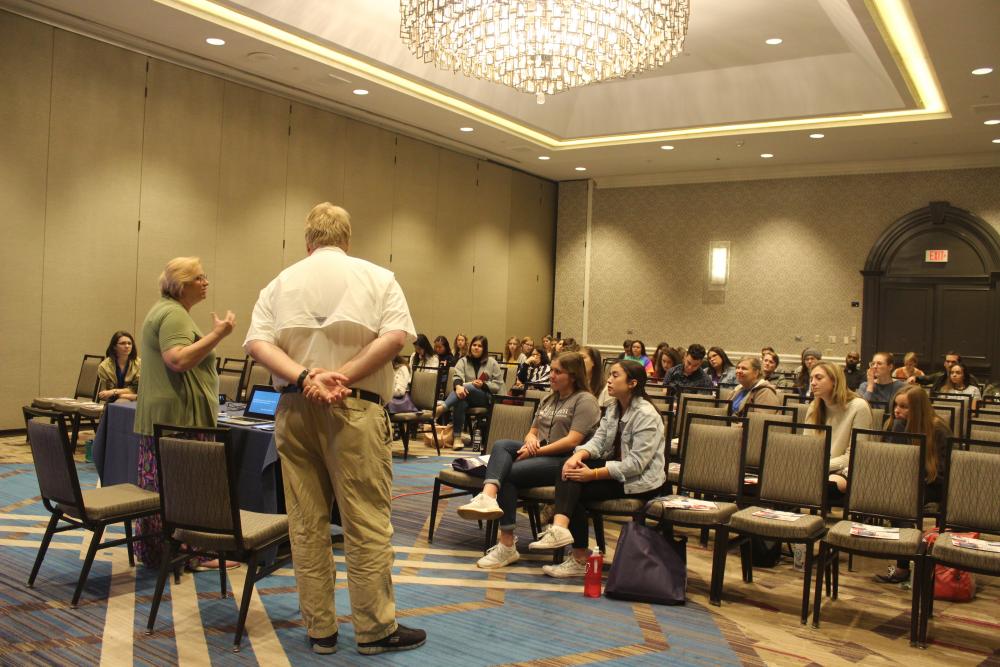 Later that evening, the Grosmaires reflected more deeply on how their faith journey, individual ministries, and prayer lives prepared them to take on this momentous feat with a small group of devoted disciples during The Art of Prayer at the Saint John Paull II National Shrine. Then, on Monday, seminarians at Theological College heard how the role that Andy’s formation for the diaconate played a pivotal role in their journey, as he was in seminary at the time of Ann’s death. His mentors helped to connect him with a restorative justice facilitator, and Andy’s moral theology class gave him the opportunity to explore the topic more deeply in relation to Catholic teaching on the topic.

Kate and Deacon Andy’s visit culminated with a public event at the Saint John Paul II National Shrine, where they were joined by local parishioners, theologians, university students, and faithful servants, along with many others who tuned in via Facebook Live. The event was covered in detail by Catholic News Service. 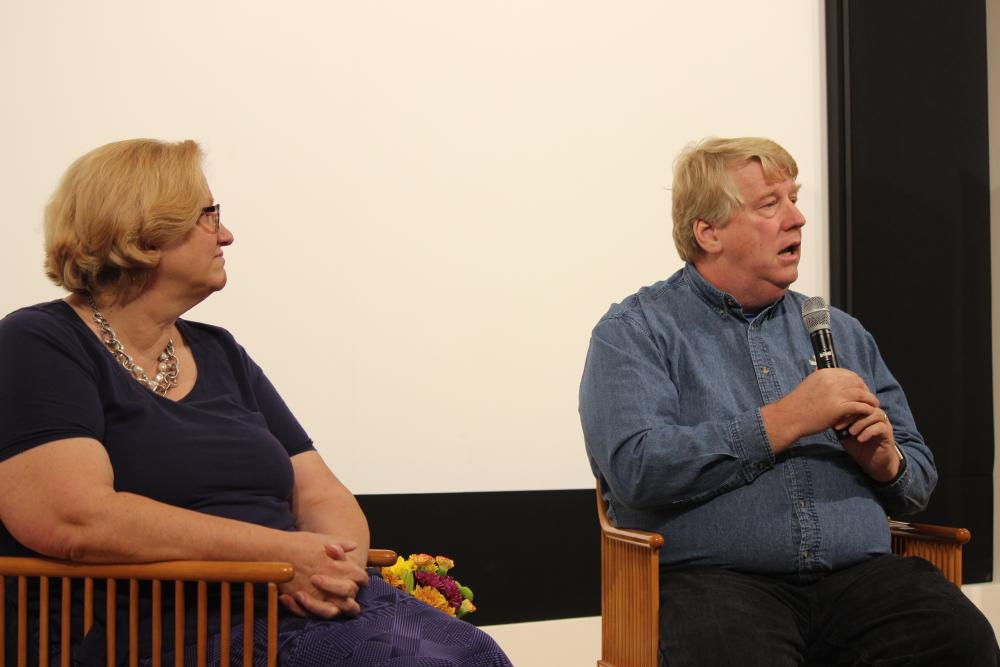 The Grosmaires' witness is living proof that finding approaches to criminal justice that reflect our Catholic faith and teachings takes a tremendous amount of work, but it is more easily made possible with Christ. Because of their experience, the Grosmaires have dedicated their lives to spreading the word about restorative justice, and its transformative power.

It took losing their daughter for Kate and Andy Grosmaire to first hear the term restorative justice. How can you introduce the term to someone new in your life?

From Jail and Prison Ministry to Restorative Justice

Through a mentorship program and Circles of Support and Accountability (CoSA), the Archdiocese of Dubuque is tackling issues of recidivism and addiction, and fostering strong community ties in the process.