Pope Francis' Audience with the Delegation of the International Commission Against the Death Penalty 12.17.2018 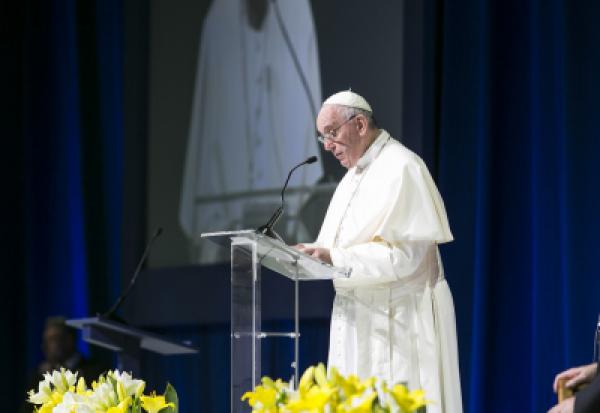 Below is an excerpt from an address Pope Francis gave to the Delegation of the International Commission Against the Death Penalty on December 17, 2018. In his speech, the Holy Father amplifies the Church's responsibility to stand up for all human life and work to end the death penalty. Click here for the full text of the speech.

"In past centuries, when the instruments available to us for the protection of society were lacking and the current level of development of human rights had not yet been achieved, recourse to the death penalty was sometimes presented as a logical and just consequence. Even in the Papal State, this inhuman form of punishment was resorted to, ignoring the primacy of mercy over justice.

That is why the new wording of the Catechism also implies taking responsibility for the past and recognizing that the acceptance of this form of punishment was a consequence of a mentality of the time, more legalistic than Christian, that sacralized the value of laws lacking in humanity and mercy. The Church cannot remain in a neutral position in the face of the current demands for the reaffirmation of personal dignity.

The reform of the text of the Catechism in the point dedicated to the death penalty does not imply any contradiction with the teaching of the past, because the Church has always defended the dignity of human life. However, the harmonious development of the doctrine imposes the need to reflect in the Catechism that, notwithstanding the gravity of the crime committed, the Church teaches, in the light of the Gospel, that the death penalty is always inadmissible because it counters the inviolability and the dignity of the person."