When President Joe Biden took office in January 2021, the country stood in the wake of an unprecedented spree of 13 federal executions, ordered and administered by the Trump administration.

Biden, a Catholic, is now the first U.S. president to openly oppose the death penalty, and his administration has declared the nation's first official (though temporary) federal execution moratorium and policy review — a possible first step toward abolition.

Join Catholic Mobilizing Network for a one-hour webinar on Thursday, Jan. 27 to hear from experts about the current federal death penalty landscape and learn how Catholics can play a vital role in preventing a future federal execution spree.

President Biden has the power to commute the federal death row, and it's important that we urge him to do so now. Sign CMN's petition, and add your voice to those of thousands of other Catholics. 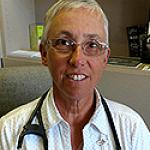 Sr. Barbara Battista is a member of the Congregation of the Sisters of Providence of St. Mary-of-the-Woods, Indiana. She ministers as a PA in Occupational Medicine in Terre Haute, Indiana and is a member of the Terre Haute Death Penalty Resistance, which mobilizes against federal executions. 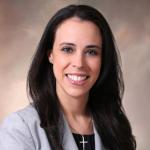 Ingrid Delgado is a policy advisor in the Office of Domestic Social Development for the US Conference of Catholic Bishops and her portfolio includes death penalty policy. Prior to joining the USCCB, she worked for eight years as associate director for social concerns and respect life at the Florida Conference of Catholic Bishops. She currently serves as board chair of Floridians for Alternatives to the Death Penalty. 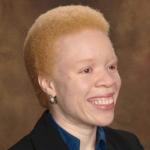 Ngozi Ndulue is the Deputy Director at the Death Penalty Information Center (DPIC). She is the lead author of DPIC’s September 2020 report, Enduring Injustice: The Persistence of Racial Discrimination in the U.S. Death Penalty. After graduating from Yale Law School and clerking at the U.S. Court of Appeals for the Sixth Circuit, Ngozi litigated on behalf of death-sentenced clients as an Assistant Federal Public Defender in the Arizona Capital Habeas Unit. From 2016 to 2018, Ngozi served as Senior Director of Criminal Justice Programs at the national NAACP. She also teaches a capital punishment course at the Howard University School of Law.