Webinar registrants also learned about the current status of the death penalty in the United States and timely resources and tools to further their education, advocacy, and prayer efforts to end the death penalty.

Sister Helen Prejean, CSJ is a leading advocate for the abolition of the death penalty and the elimination of social and economic unfairness in the criminal legal system. She is the bestselling author of titles including Dead Man Walking: An Eyewitness Account of the Death Penalty in the United States and River of Fire: My Spiritual Journey. 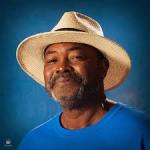 Kwame Ajamu was a teenager in Cleveland, Ohio, when he became a victim of wrongful conviction due to false eyewitness testimony and police misconduct, resulting in 28 years in prison for a crime he did not commit.

On December 9, 2014, Kwame Ajamu's conviction was vacated and the prosecution dismissed the charges against him. Kwame served 28 years in prison and was exonerated after 39 years. Kwame serves as Chairman of the Board of Witness to Innocence. He travels across the United States speaking against the death penalty.

Deacon James Booth, his wife Dr. L. Jane Easdown and daughter, Madeleine, are originally from Montreal, Quebec. In 2014, James was ordained Permanent Deacon in the Diocese of Nashville. He is currently a volunteer at state prisons in the Diocese area including Death Row at Riverbend Prison. He is Director of Prison Ministry for the Diocese of Nashville and until his retirement this past August was a Professor in the Political Science and Philosophy Departments at Vanderbilt University.