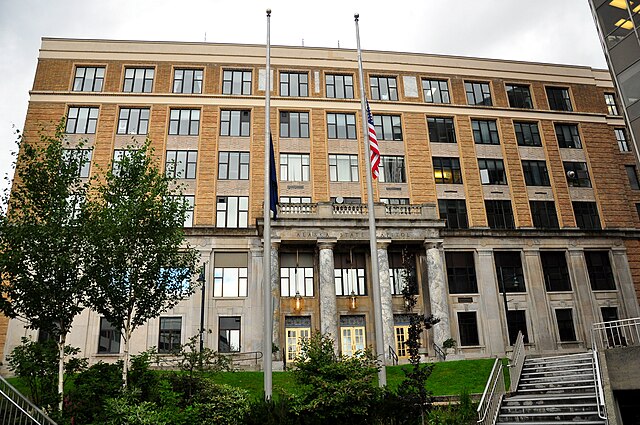 As a state, Alaska has never had a death penalty. The Territorial Legislature abolished capital punishment two years before Alaska gained statehood. The 1957 abolition measure stated simply: “The death penalty is and shall hereafter be abolished as punishment in Alaska for the commission of any crime.”

Prior to 1899, miners' courts handled legal matters in Alaska. Seven people are estimated to have been executed under that system. There were only eight legal executions in Alaska between 1900 and 1957. Records before 1900 are poor, but it is believed that a total of seven persons were hanged in territorial Alaska from 1869 to 1900.

The Alaska Conference of Catholic Bishops is the voice of the Roman Catholic in Alaska on public issues related to the moral and social teaching of the Church.

Alaskans Against the Death Penalty