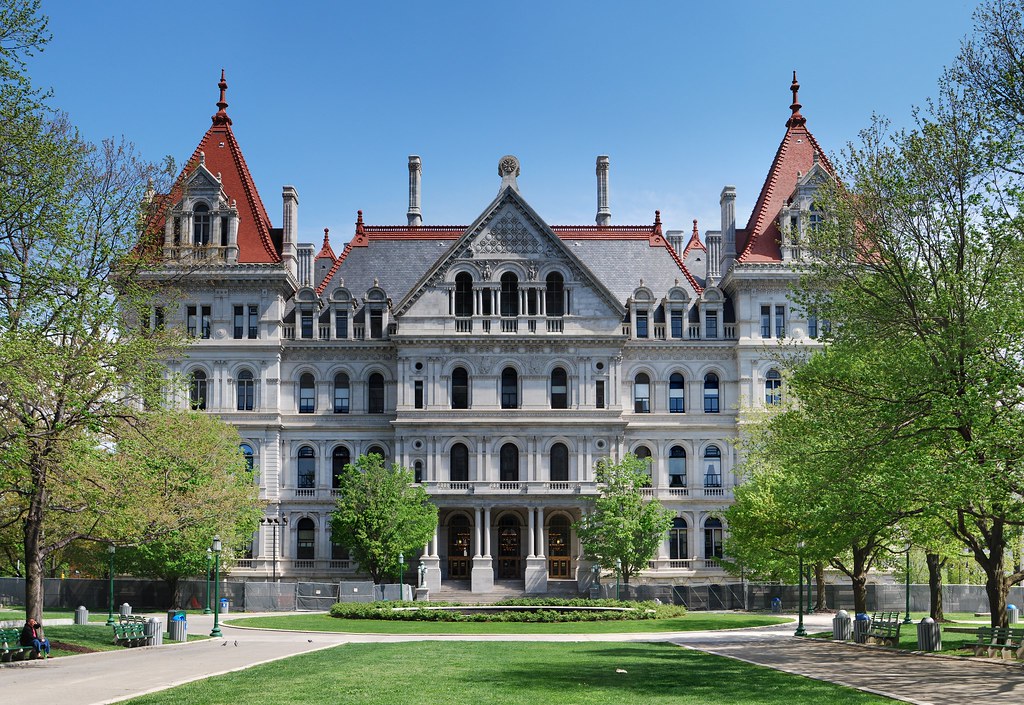 New York's history of capital punishment goes back to colonial times, with the second most executions of any state from 1608 to 1972, after Virginia. Before the invention of the electric chair most executions were carried out by hanging, although other methods including burning at the stake, death by firing squad, and the breaking wheel. Although there were inmates on death row until 2007, no execution has taken place since 1963.

The death penalty was accidentally abolished in 1860, when the legislature passed measures that repealed hanging as a method of execution but provided no other means of carrying out a death sentence. The mistake was corrected a year later in 1861. In 1967, a compromise law was passed allowing for a very limited death penalty. In 1972, the U.S. Supreme Court invalidated all death penalty statutes in the country in Furman v. Georgia. The New York legislature rewrote the state’s statute in 1973, providing for a mandatory death sentence for murdering a police officer, a correctional officer, or a murder in prison by an inmate serving a life sentence. In 1977, New York’s high court effectively struck down the death penalty for the murder of a police officer or a correctional officer, and a 1984 ruling struck down capital punishment for murders committed by inmates serving life sentences, effectively abolishing New York’s death penalty. From 1978 until 1994, measures repeatedly passed both houses of New York’s state legislature that would have expanded or reinstated the death penalty, only to be vetoed by governors Hugh Carey and Mario Cuomo.

In 1995 newly-elected Governor George Pataki fulfilled a campaign promise and signed legislation reinstating the death penalty in New York, designating lethal injection as the new method of execution. In 2004, that statute was declared unconstitutional by the New York Court of Appeals, and in 2007 the last remaining death sentence was reduced to life, leaving New York with a vacant death row and no viable death penalty laws.

The New York State Catholic Conference represents the bishops of New York State in matters of public policy. The role of the Conference is to seek justice, fairness and charity for all, with a particular emphasis on the poor and vulnerable.

New Yorkers for Alternatives to the Death Penalty

New Yorkers for Alternatives to the Death Penalty (NYADP) believes abolition means much more than the absence of death row. Abolition means that responses to violence are constructive, just and work toward the betterment of all members of society. It means responding proactively, humanely, and constructively to violence.