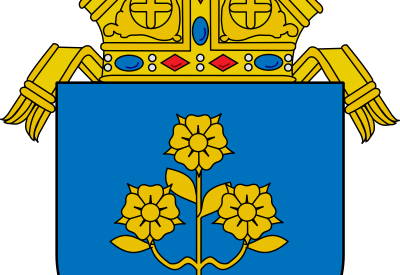 In 2016, the Bishops of Mississippi and Alabama came out with a statement calling for an end to the death penalty in the state and for support to promote the dignity and sanctity of all life. At the time, there was a murder of two religious sisters which sparked nation-wide outrage and calls for capital punishment. A portion of the statement is read as follows:

"The brutal murders of Sisters Paula Merrill, SCN and Margaret Held, OSF in the small community of Durant, Mississippi caused shock and sadness. For 15 years these two Catholic religious women selflessly provided health care to the poor in Holmes County and beyond. While the senselessness of murdering two servants of the poor was exceptionally egregious, this act was one more instance of violence which plagues all areas of our society, devastating the lives of victims of violence and their loved ones.

Faced with such loss, this is an appropriate time to consider the manner in which the Lord has taught us to respond to evil. The issue of capital punishment immediately comes to mind. As Christians, we remember that wrongdoing, no matter how evil, deserves punishment but not vengeance.

We are called to respect every human life because each of us is created in the image and likeness of God. (Genesis 1:27) God can touch and change even the most bitter and hardened heart. Mindful of this, we do not support the execution of criminals. When we execute someone, we take away any opportunity they have to repent and develop a relationship with God in this life.

While we recognize that the State must protect innocent people from violent criminals, there are ways to do so other than executions. The death penalty is not a deterrence to murder. States with the death penalty do not have lower murder rates than states without capital punishment. In addition, innocent people are sometimes put to death as demonstrated by capital punishment convictions where the convicted person is later proven to be innocent.

The death penalty does not protect; it does not deter. Instead, it prolongs the suffering of loved ones and serves to foster a spirit of vengeance. As Christian leaders we call for alternatives to capital punishment more in keeping with our Christian values. We echo the words of the Catechism of the Catholic Church: “If…non-lethal means are sufficient to defend and protect people’s safety from the aggressor, authority will limit itself to such means, as these are more in keeping with the concrete conditions of the common good and more in conformity with the dignity of the human person.” In our country we have the ability to provide justice and protect the innocent without using the death penalty.

Let us together embrace the words of scripture: “As I live, says the Lord God, I swear I take no pleasure in the death of the wicked man, but rather in the wicked man’s conversion, that he may live. Turn, turn from your evil ways.”