Last week, this world lost a gentle, pastoral giant. The wide rippling effects of his daily words and actions were a major influence in our country for many years.

Archbishop Joseph Fiorenza made personal statements, followed them with physical action, and he empowered others to do the same. He was on the forefront of key civil rights issues from the 60’s through his death. He lived the words, “Choose life (Deut 30:19).”

Archbishop Fiorenza walked with the oppressed and loved the underdog in any fight. With so many accomplishments these immediately come to mind: as a seminarian he walked from Selma to Montgomery; as a priest he worked at the grass roots level to eliminate any form of discrimination; as a bishop he stood with the janitors to win equal pay and was a founding member of ADL in the Galveston-Houston area, all while serving as the President of the United States Conference of Bishops; as Archbishop he lifted up the rights of immigrants and most recently chaired Houston's police task force, post George Floyd. He was decisive, but never acted as a lone ranger. The Archbishop had deep friendships and created alliances. Known as one of the “Three Amigos” in Houston, he had a great admiration and strong love for two other pastoral men of justice, the late Rabbi Karff of Congregation Beth Israel and Reverend Lawson Pastor Emeritus of Wheeler Avenue Baptist. With the backing of these three men, you could get an appointment with ANYONE at the time of your choosing in the city of Houston.

He was a known activist, but also an unwavering pastor. As the Archbishop showed up in the community to bring the weight of his office and presence as an activist, he also empowered people along the way.

Archbishop Fiorenza had a habit of grabbing people on the back of their arm and firmly squeezing as he delivered a message. My message was, “Somebody’s got to do something about this!”  After years of hearing these words while living in a city (county) which was responsible for more executions than any other state in the United States, the opportunity for implementation of the 2005 USCCB’s Catholic Campaign Against the Use of the Death Penalty came to be. It was with the dynamic energy of Sister Helen Prejean, her words, her book and academy award winning movie of the same name, Dead Man Walking, and the support of Archbishop Fiorenza, that Catholic Mobilizing Network was born.

Never underestimate the power of behind-the-scenes mentoring, words of encouragement and pastoral empowerment. When opposition arose from within the Church to forming a national organization which claimed the death penalty as a life issue, the Archbishop behind the scenes picked up a pen and took on the opposition in the blogs. He loved a good fight to champion the Gospel and proclaim the right to life for ALL.

The Archbishop always had time for pastoral advice. His good counsel provided direction, but it also enabled the laity, especially women, to stand tall and take a seat at the table. He knew how to help strengthen your voice; when you met opposition, you were not given an option to back down. You were sent back into the room with instructions, “tell so and so, that I said they need to do this! And if they have any questions they can call me.”  Not an easy message to deliver to people in positions of power, but it provided the fortitude to make the next move.

All of this strong, fierce work for justice was done with the care of a loving father. He never failed to ask about how you were doing, inquired about members of your family, and never forgot a detail of grief or loss from the past. His amazing memory kept you on your toes, but his pastoral blessing after each encounter ignited the Spirit within you. As Fr. Henri Nouwen always proclaimed, we only need to know we are God’s beloved. The Archbishop gave that blessing freely. His embrace and words resounded, “you are my good and beloved in whom I am well pleased.”

Archbishop Fiorenza taught through his example and his words. He has moved on to God’s embrace, we are now empowered to carry his Spirit. We are blessed with his words, ‘we are ALL children of God, we are beloved’. He also taught and called us to action: Choose life.

In this month of September, following Pope Francis’ prayer request, let us pray and work for the end of the use of the death penalty in our world. Let us pick up Archbishop Joseph Fiorenza’s mantle and work for justice and life for ALL.

To learn about funeral arrangements and services being hosted for Abp. Fiorenza, please click here to visit the website for the Archdiocese of Galveston-Houston. 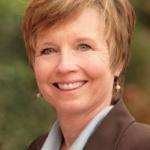 Karen Clifton is the founding Executive Director of Catholic Mobilizing Network (CMN). She began her work against the death penalty in 1996 in Houston, Texas, when her social justice and advocacy projects intersected with those of Sr. Helen Prejean, CSJ. This relationship resulted in the 2008 formation of CMN in partnership with the Congregation of St. Joseph Sisters.

She is now the executive director for the Catholic Prison Ministries Coalition (CPMC).