As a member of the Marianist Social Justice Collaborative, I am a part of the Death Penalty Abolition and Restorative Justice issue team. The "Death Penalty" issue team was formed in 2002, pledged to prayer, education, reflection, and action to abolish the death penalty.

Our team members live in various parts of the U.S. We meet three times a year by videoconference and once a year in person.

In the spring of 2017, we held our in-person meeting in New York. We invited Joanne Blaney, Maryknoll Lay Missioner and internationally recognized authority on restorative justice, to provide a one-day workshop on restorative justice. Following Joanne's workshop, our team committed to seeking ways to grow in knowledge and use of restorative principles and practices, and we began using a circle process in our own meetings.

While the program was originally intended for use in a parish setting, we determined that we could adapt it to facilitate learning and discernment of action as a national leadership body. Our two members who co-facilitated the modules participated in an orientation with Caitlin and we completed the modules in the fall of 2018.

During the first two sessions, we reviewed basic concepts we had previously learned about with Joanne, and had the opportunity to dialogue and reflect more deeply through the lens of Catholic teaching. (CMN has since added an additional module on racial justice!)

Through our use of circles, our discussions and sharing became more focused and we learned to listen more deeply. The final retreat module, “Discerning Restorative Action,” took a somewhat different course for us since we came from different parishes and parts of the country. Though, it challenged us with the question: How were we being called to share restorative justice principles and promote restorative justice practices within the Marianist religious and lay communities, schools, and parishes?

Over the past year our goals have gradually come into focus. We have completed a resource and discussion guide for use by Marianist communities and parish groups. The guide is intended to help groups examine the use of the death penalty and to learn how restorative practices can bring healing and wholeness. We are now collaborating with CMN to produce a version of Restorative Justice, Restorative Living especially for Marianist communities by incorporating Marianist charisms.

Utilizing Restorative Justice, Restorative Living helped us to build a common understanding about opportunities for restorative practices in ministry and we are eager to see what creative applications it will inspire in local Marianist communities throughout the country. 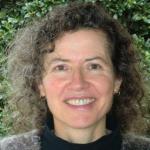 Mary volunteers as chair of the Death Penalty Abolition and Restorative Justice Issue Team for the Marianist Social Justice Collaborative. She also works as Director of Religious Education at Saint Raphael Catholic Church in Rockville, MD.