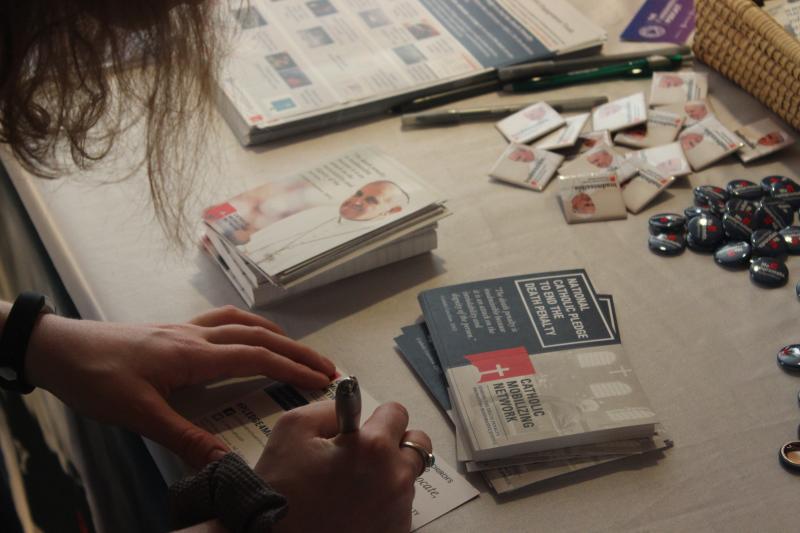 Last month, Pope Francis invited the global Church to adopt his official prayer intention for an end to the death penalty. Notably, his appeal extended beyond a dimension of prayer alone — it specifically urged Catholics to take concrete action to “mobilize for the abolition of the death penalty throughout the world.”

Globally speaking, capital punishment is falling out of favor among a majority of countries; 144 nations have outlawed the practice to date. Yet those that still retain the death penalty — states including China, Iran, Egypt, Saudi Arabia, Syria, and the United States — collectively execute thousands of their citizens each year, an egregious violation of human dignity. The United States is an outlier among these nations, applying the death penalty far more aggressively than its fellow democratic countries.

In response to this continued injustice, the U.S.-based Catholic Mobilizing Network (CMN) works to empower Catholics and people of goodwill to educate, advocate, and pray for an end to capital punishment. Fundamentally rooted in a reverence for all human life, CMN demonstrates what Catholic anti-death penalty witness looks like in practice, in accordance with Pope Francis’ call.

The Church has long regarded capital punishment as an affront to human dignity, and Pope Francis is far from the first pontiff to elevate the issue on the global stage. Saint Pope John Paul II repeatedly condemned the death penalty in public statements and in his Encyclical, Evangelium Vitae. His successor, Pope Benedict XVI, called it a practice that “society’s leaders should make every effort to eliminate.” In 2018, the Church’s anti-death penalty stance was further solidified in a revision to the Catechism which labeled it “inadmissible” in all cases.

CMN works to amplify the Church’s unambiguous opposition to capital punishment as a way to strengthen national abolition efforts within the United States. This strategy has been remarkably successful. Since CMN’s founding in 2009 (the organization celebrates its 13th anniversary today [10 October], on the yearly World Day Against the Death Penalty), annual executions and death sentences in the U.S. have plummeted by more than 75%, and nine new states have outlawed capital punishment. Of those that retain the death penalty, 15 have not carried out an execution in the past 10 years.

While CMN cannot singularly take credit for these advances, it is clear the organization occupies an important role in the national abolition movement. Each year, more than 20,000 Catholics work with CMN to contact their state decision-makers to oppose upcoming executions and to support anti-death penalty legislation. And when the federal government restarted lethal injections in 2020 after a 17-year hiatus, CMN united 24,000 Catholic Americans to speak out against the execution spree.

To date, the group remains the only national, faith-based group working for an end to capital punishment in the U.S., and perhaps the only Catholic anti-death penalty organization in the world.

CMN’s unique mobilization model begins with an emphasis on education. Through webinars, events, award-winning books, and a robust online resource library, the organization helps break down common myths and misconceptions about both the Church’s teachings on the death penalty and capital punishment’s unjust application in the United States. Meanwhile, the organization collaborates closely with Catholic leadership and clergy to get this same message out from the pulpit — a strategy which recent research by CMN and the Center for Applied Research and the Apostolate (CARA) has proven to be effective in strengthening Catholics’ anti-death penalty beliefs.

From here, education makes way for informed advocacy. CMN’s “Mercy In Action Project” provides consistent opportunities for Catholics to speak out against upcoming executions. At the same time, CMN mobilizes Catholics nationwide to advocate in favor of repeal legislation at the state and federal level. Close collaboration with groups like the U.S. Conference of Catholic Bishops, state Catholic conferences, dioceses, religious communities, and secular partners allows CMN to empower individuals to amplify the Church’s anti-death penalty teachings in their communities.

Much like Pope Francis invoked in his intention last month, CMN urges all Catholics to ground their education and advocacy efforts in a spirit of prayer. The organization offers prayer resources and a virtual prayer vigil on the first Friday of every month, which collectively serve as spiritual catalysts for abolition efforts. As a result, Catholics in the United States increasingly accept the death penalty’s place along the continuum of life issues and can start to imagine approaches to criminal justice that uphold human dignity, rather than degrade it. CMN helps guide this exploration with programs promoting “restorative justice,” a way of responding to harm that prioritizes healing and account-ability over retribution, thereby modeling Jesus’ reconciling way.

CMN’s three-pronged approach of education, advocacy, and prayer continues to bear fruit. What began in 2009 as a small working group of Catholic bishops, women religious, murder victims’ family members, and other dedicated laypersons has since blossomed into a national, lay-led movement of tens of thousands of Catholics working together to end this dehumanizing practice. Dioceses and parishes nationwide regard CMN as an indispensable ally and a national resource hub when it comes to forming the Catholic faithful on this critical life issue. Meanwhile, the national abolition movement relies on CMN’s unique voice (which aims to be “explicitly, though not exclusively, Catholic”) to mobilize people of faith — a key demographic for abolition progress.

For Catholics across the globe still seeking ways to answer Pope Francis’ call to mobilize for the abolition of the death penalty, CMN can serve as a powerful model. Starting with education, expanding to advocacy, and grounding every effort in fervent prayer paves the way for living out the Church’s teachings on the death penalty and inviolable dignity of human life. 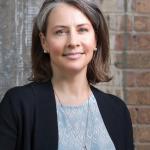 Krisanne Vaillancourt Murphy serves as the executive director of Catholic Mobilizing Network (CMN) where she oversees the organization's strategic direction and priorities. Krisanne brings more than 25 years of experience working in national faith-based policy advocacy organizations. She has been quoted in sources such as the New York Times, CNN, America Magazine, Crux, National Catholic Reporter, EWTN News Nightly, and featured on JustLove Radio on Sirius XM.