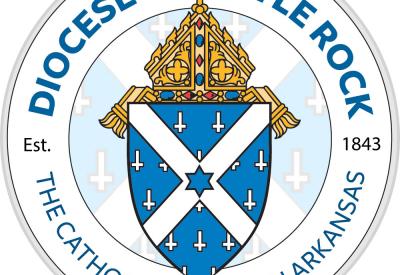 In 2017, the Bishop of Arkansas, Most Rev. AnthonyTaylor, came out with a statement to the Governor calling for an end to the death penalty and to promote the dignity and sanctity of all life. At the time, there were 8 executions planned in the span of 11 days, the most planned in American history. A portion of the statement is read as follows:

Though guilty of heinous crimes, these men nevertheless retain the God-given dignity of any human life, which must be respected and defended from conception to natural death.

Pope John Paul II, whose courage and wisdom was evident even to many outside the Catholic Church, insisted repeatedly: "If bloodless means are sufficient to defend human lives against an aggressor and to protect public order and the safety of persons, public authority must limit itself to such means, because they better correspond to the concrete conditions of the common good and are more in conformity to the dignity of the human person" (Evangelium Vitae, no. 56).

I know that Arkansas is not governed by the teaching of the Catholic Church, but the intrinsic, God-given dignity of the human person applies to everyone.

Since the penal system of our state is well equipped to keep them incarcerated for the rest of their life (and thus protect society), we should limit ourselves to non-lethal means — hence this appeal to you. Moreover, if you are willing, I would like to request the opportunity to discuss this with you in person.

I know as governor you feel responsible for fulfilling the law (the death penalty) but the law also puts the ultimate responsibility on your shoulders to follow a higher law, the divine law.