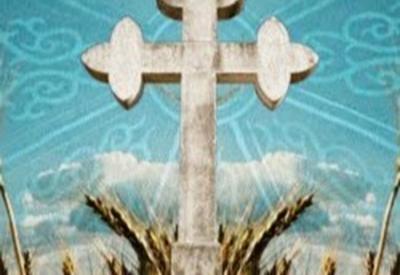 In 2009, the Bishops of Kansas came out with a statement calling for an end to the death penalty in the state and for support to promote the dignity and sanctity of all life. At the time, there was a bill being debated in the legislature which sought to repeal the death penalty. A portion of the statement is read as follows:

"We, the Catholic bishops of the state of Kansas, wish to register our strong support for Senate Bill 208, which would abolish the death penalty in our state.

There are over 400,000 Catholics living in Kansas, and we speak to you today on their behalf. However it is also our intention to persuade those who are not Catholic of the grounds for abolishment of the death penalty. While Catholic theology, our interpretation of Holy Scripture, and our understanding of God’s will underpin our views on capital punishment, we also believe that there are principles at stake that speak to all men and women of good will. One need not be a Catholic to recognize the deleterious effects of the death penalty upon our society. The Catholic Church takes a nuanced position with regard to capital punishment. It has traditionally been allowed, not as a form of vengeance, but rather as a means of protecting people in cases of absolute necessity: in other words, when it would not be possible otherwise to defend society. However, as Pope John Paul II explained in the 1990’s, such circumstances rarely if ever exist in modem industrialized societies. We have the technological means to ensure that those who would do us harm are incarcerated for life. Thus, capital punishment has ceased to be a matter of necessity. While the Catholic tradition makes room for the taking of human life in cases of defense against an aggressor, it makes no room for killing for the sake of revenge.

Of the many factors that recommend the discontinuation of the death penalty, perhaps none is more obvious than the terrible possibility of executing an innocent man. In the last 35 years, over 100 Americans have been released from death row due to evidence of their innocence. The fact that innocent persons were near to being executed in this country is so astounding, so shocking, that we have no choice but to seek alternate forms of justice. As DNA and other forensic technologies improve with each passing year, it is possible than there are people on death row today who will eventually be exonerated. Even if only one innocent person is put to death, the system has failed and failed catastrophically. The only way for society to have the peace of mind that no guiltless person will ever face execution is for there to be no executions. The mere possibility of such a thing, no matter how remote, is still too much.

Many death penalty proponents freely admit that their support derives not from fear of felons escaping prison nor out of any conviction about the death penalty’s deterrent value, which very much remains a hotly disputed topic. Instead, they say that they believe in the death penalty because the perpetrators of certain particularly despicable crimes “deserve to die.”
In our minds, however, it is not a question of whether someone deserves to die. We do not want to be a country that gives people “what they deserve.” If we were such a country, advocates of the “eye for an eye” approach to criminal justice would not support the death penalty as we know it today. Instead of lethal injection, they would demand that convicted criminals be subjected to the same cruel tortures and agonizing deaths that they inflicted upon their victims. Yet no one proposes such a thing. Why not? Does a murderer not “deserve it?” If we wanted to “give them what they deserve,” might we not allow the victim’s family to themselves kill the murderer of their loved one? Our society, of course, does not permit this. But why? Do they not “deserve it?”

We should not kill our prisoners for the same reason that we do not torture them. Despite whatever it is they have done -and make no mistake, we recognize the horrific crimes that have been committed by those on death row -we should not kill for vengeance’s sake... for our own sakes. We do not want to be the kind of people who kill human beings out of anger, revenge, hate, bloodlust -- the same dark emotions that animated the original crimes we seek to punish. We should not have our ethics shaped by the crimes of those who demonstrated none. We should take no action to reflect theirs, but instead we should make bright the distinction between our ways and their ways. Ours should be a higher standard.
There are other good reasons to move beyond the death penalty that will be examined by these proceedings, including its high costs, the arbitrariness and apparent racial disparity of its application, and the extraordinary capacity of victims’ families to show mercy to their victimizers.

The guilty have blood on their hands. Let our hands be clean."