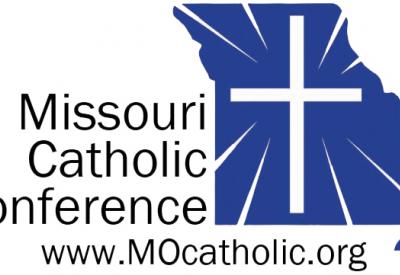 In 2015, the Bishops of Missouri came out with a statement calling for an end to the death penalty in the state and for support to promote the dignity and sanctity of all life. At the time, there was an increased number of executions which were taking place in Missouri rivaling other high-use states. A portion of the statement is read as follows:

"We, the Catholic bishops of Missouri, write this open letter to express grave concern with the rapid acceleration of executions in recent months.

Since November 2013, Missouri has executed 15 individuals, nearly one a month. We wonder how much thought can be given to the circumstances of each defendant when these executions are carried out so routinely. Pleas for clemency are ignored, even when defendants are profoundly impaired by severe mental illness or traumatic brain injury. As Catholic bishops we have signed clemency applications for individuals condemned to death and in reviewing these cases we have seen issues of racial disparity, inequity of sentencing between codefendants and inadequate defense counsel.

Some of the condemned have well-documented cases of mental illness or life-long intellectual disability. We are especially troubled by the recent execution of Cecil Clayton, who had lost a critical portion of his brain, and could not fully understand the nature and purpose of the punishment he was to receive. These cases rarely represent the “worst of the worst” that the death penalty was intended for. Rather, they are evidence of a flawed death penalty system.

We recall the 1999 visit of Pope John Paul II to St. Louis where he challenged us on the death penalty to become “unconditionally pro-life.” Just as we see the likeness of God in an innocent child, we must learn to see the same in a criminal, even as we condemn the sin committed. Out of a desire for retribution, we must not surrender the belief that all human life is sacred. Christians, together with people of other faith traditions, realize that the human person is capable of repentance and great change. Yet by its irrevocable nature, the death penalty denies this reality. Pope Francis has insisted that our models of human justice must recognize the need for mercy and offer the opportunity for rehabilitation.

The death penalty statute has been on our books for almost 40 years. Since that time Missouri has executed 83 individuals, making our state 5th highest in the nation. We should not continue down this path. We urge you take a stand for life, mercy and justice. We must begin to take steps to end the death penalty. Our thoughts and prayers are with you as you seek to secure the common good of our state."